The Bauhaus in Calcutta: An Encounter of the Cosmopolitan Avant-Garde

'The Bauhaus exhibition in Calcutta in 1922 was a unique experience on the international art scene—a meeting of artistic and intellectual affinities. On a search for renewal after World War I, Western modernism encountered its Indian counterpart, which had emancipated itself from colonial constraints. At the Bauhaus’s first international show, works by Paul Klee, Lyonel Feininger, Johannes Itten, and other Bauhaus artists were presented alongside those of modern Indian artists such as Nandalal Bose, Sunayani Devi, and Abanindranath and Gaganendranath Tagore. This publication gives an account how this unusual encounter came about and presents the exhibition as an exemplary case of art history that dealt with shared visions rather than transmissions from the West to the East.' - from publisher's website The Bauhaus in Calcutta: An Encounter of the Cosmopolitan Avant-Garde 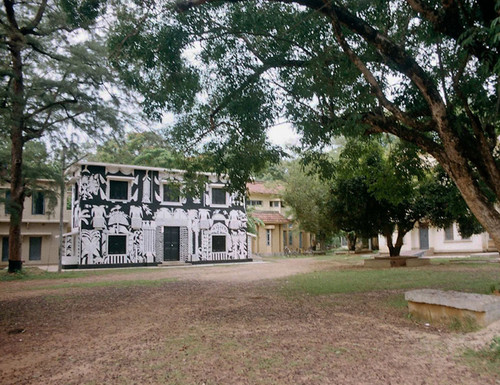