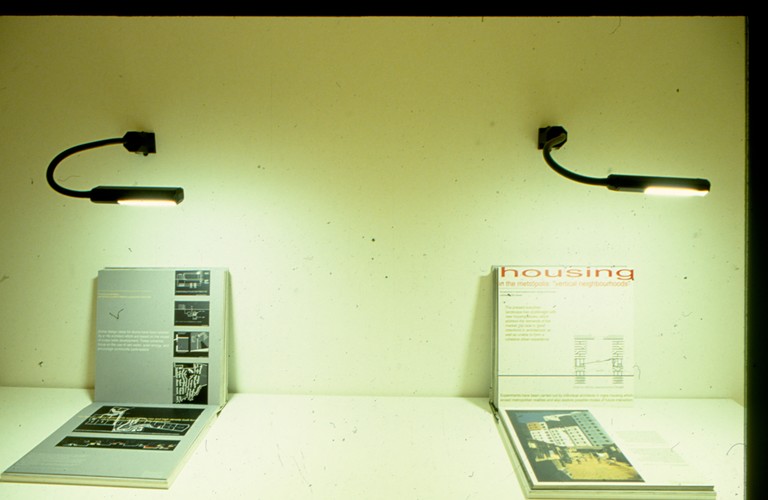 This image is a close-up view of a collaborative installation shown in the exhibition 'Bombay/Mumbai 1992-2001'. The exhibition, co-curated by Geeta Kapur and Ashish Rajadhyaksha, was a part of 'Century City: Art and Culture in the Modern Metropolis' at Tate Modern, London, 2001.