Letter from Mrinalini Mukherjee to The Secretary of Lalit Kala Akademi in New Delhi, 25 December 1981

Letter related to the ‘K.G. Subramanyan - Retrospective Exhibition’.
The exhibition had taken place in February 1982, therefore the letter might be wrongly dated.

Letter from Mrinalini Mukherjee to The Secretary of Lalit Kala Akademi in New Delhi, 25 December 1981 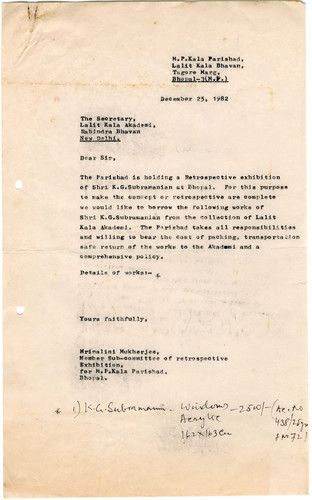