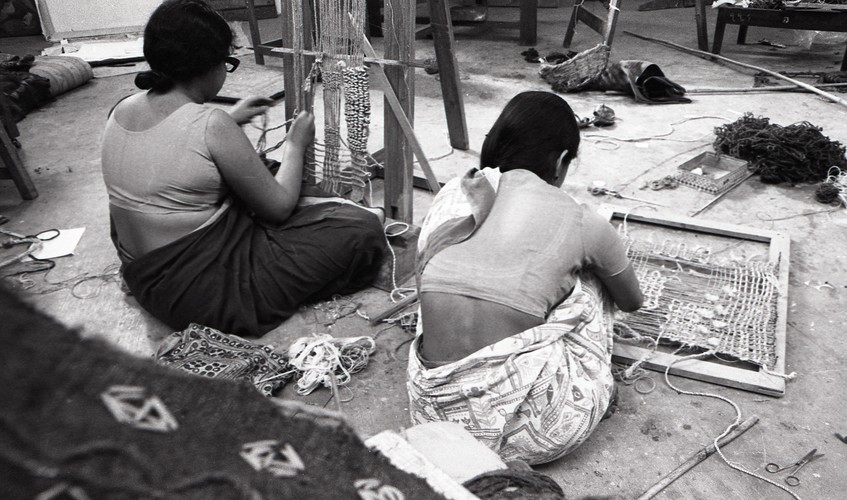 Artist Mrinalini Mukherjee (sitting on the left) preparing for the Fine Arts Fair, 1969.