This catalogue was published on the occasion of the exhibition at Artsonje Center by the 2003 Hermes Korea Missulsang finalists, Suh Doho, Yang Haegue, Hong Seunghye. Suh Doho who lives and works in New York, has received considerable recognition in the international art scene. His remarkable work represents problems of groups and individuals in modern society. Yang Haegue, who lives in Frankfurt, is a young artist who has been active both in Europe and Asia. She is part of the post-conceptual generation that undertakes projects based on a variety of contexts. She also represents the sensibility of a new generation living a modern lifestyle. Finally, Hong Seunghye who now lives and works in Korea after seventeen years of study in France, creates mechanical and artificial paintings with few elements and strict rules. She also experiments with space and flat surfaces, forms and signs. Artist biographies and recommendation texts by members of the selection committee are provided in the catalogue.
Access level

Why is everyday life so different, so appealing?

Simplifying the aesthetic cognition process and conceptualizing visual media: A theory of the work of Seung-Hye Hong 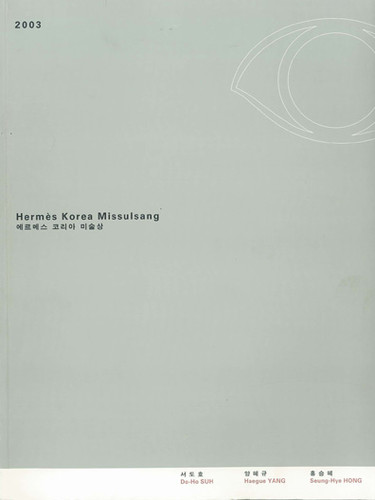