This catalogue accompanies the Jakarta Biennale 2009. Images of exhibits, individual artist statements and introductory articles by curators are featured.

'Jakarta, a city that covers an area of 661 square kilometers with 11.5 million inhabitants, continues to develop rapidly as a very crowded urban city. Like other urban cities, Jakarta also suffers from the loss of its social functions, which in this case is about the loss of the potentials of its citizens as social creatures. This happens due to various but interconnecting reasons, as well as to other factors such as the economic, social and political conditions.

Everything has been set aside to gain economic growth, without adequate attention toward the cultural aspects. This leads to the lack of public and cultural spaces where the society can identify themselves as social creatures, instead of as machines or alienated human beings. It is a difficult thing for us to secure a certain space that can serve as the place to mediate cultural discourses. All aspects of urban life have been dominated by the industrial, commercial spaces, and obviously by authority-dominated spaces.

Jakarta Biennale 2009 (JB 09) ,as an extensive celebration of art, will serve as an attempt to turn art into a reform strategy, engaging the urban subjects, enabling the reflective, critical, and creative ideas to give rise to new spaces that can be more inspiring, participative, and tolerant.' (http://www.jakartabiennale.com/b_about/index.php#remote-tab-2 )
Access level 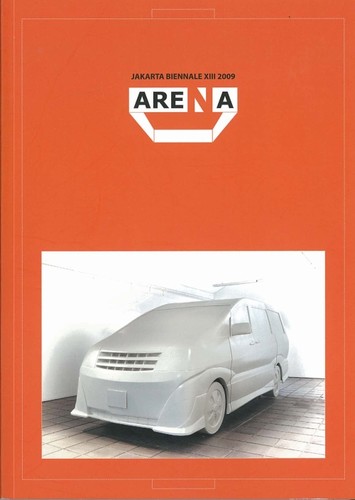