'Over the past three decades, South Korean society has experienced a dramatic political paradigm shift — from authoritarian regime to democratic polity — during which art served as a productive site of social imagination. South Korean artists have actively participated in this socio-political transformation, giving tangible and material forms to the seemingly universal notions of democratic participation, public culture, and civil society.

'To introduce a wide range of Korean political art, Being Political Popular: South Korean Art at the Intersection of Popular Culture and Democracy, 1980-2010 showcases 17 artists and collectives who investigate the questions of politics, collectivity, and social engagement in diverse mediums, including woodblock print, comic drawing, painting, collage, photography, installation, performance, and video. But the exhibition also situates art within another strand of cultural discourse that came to maturity alongside the country's democratisation — namely South Korean popular culture, or what is by now touted as the Korean Wave (hallyu) due to its status as a global cultural phenomenon. The artworks at hand clearly demonstrate the proximity to and interaction with popular culture, occasionally driving and formulating the very cultural ethos of the time. While complicating the presumed binary between political resistance and popular entertainment, the exhibition seeks to recuperate the aesthetics of humour, satire, and pleasure latent examples of the most radical Korean political art.' (Front flap) 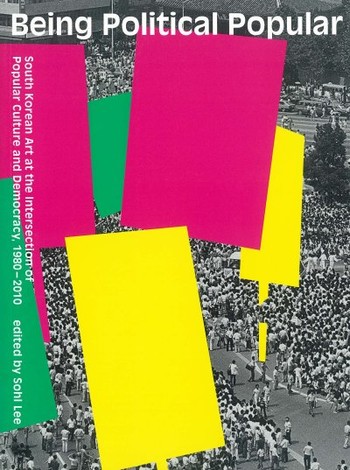 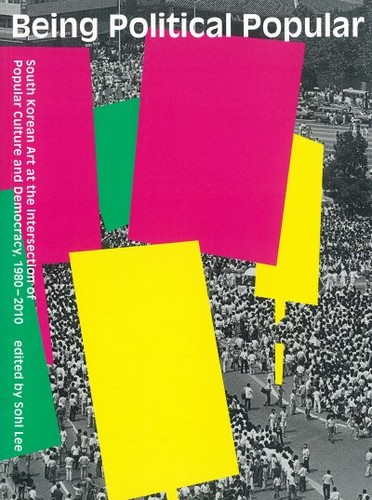