In Korea, everything-economics, society, education, and culture-is concentrated in and around the capital, Seoul. The balanced regional development of Korea is such a crucial task that the future of the country is said to be dependent upon decentralization and deconcentration. Assuming this fact, moving from Busan to Seoul, or from Seoul to Busan means a great deal more than simple conflict and tension. Indeed, moving from Busan to Seoul, as in other migrations, typically involves looking for a more affluent life.

By contrast, moving in the opposite direction-from Seoul to Busan-is much more difficult to achieve, especially through a state-driven policy on national land development. The problem, however, is that this imbalance will continue to thrive, unless the dominance and subordination between the capital and local cities is somehow improved. Interestingly, this same type of concentration and imbalance between the capital city and outlying region is found in almost all countries that have experienced the modernization process under colonialism. In fact, one might well ask if this imbalance isn't a kind of internal colonization. In this respect, the recovery of an urban imagination through the practice of contemporary art can serve as an alternative for the solution of this problem. In the current, asymmetric relationship between Seoul and local cities, Busan is not unlike Daegu or Gwangju.
Access level

Busan's Modernization Experience and the Birth of Ocularcentric Vision 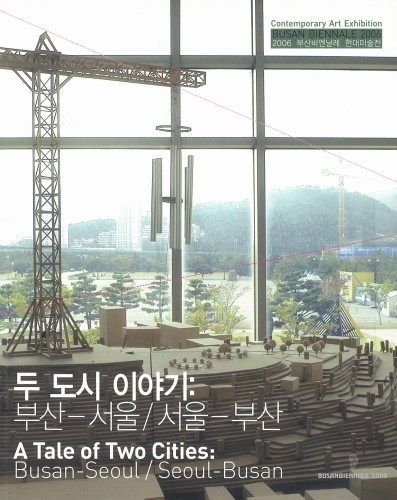