Published to accompany the retrospective exhibition of Taiwanese photographer Chang Chao-Tang at Taipei Fine Arts Museum from September to December 2013. The exhibition was titled 'TIME: The Images of Chang Chao-Tang, 1959-2013'.

Starting being a photographer since the late 1950s, Chang has been practicing photography for more than 50 years and has become one of the most well-known photographers in the region. His photographic works show strong sensitivities towards the flip between reality and non-reality, existentialism, and the notion of documentation as well. The exhibition showcases more than 400 photographic works as well as a number of documentaries, installations, and television programmes the artist has made, two re-installments of two early exhibitions of the artist, and a series of archival documents, all of which put the artist's career into a wider framework of the development of Taiwanese photography and moving image.

This catalogue is divided into two volumes, the first containing essays, plates, and an artist's biography, while the second features short articles written by Chang's friends (among whom are fellow artists, curators, gallerists, collectors, and academics) upon his invitation. 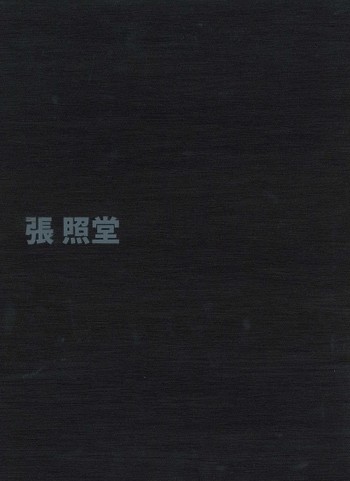