This book was published in conjunction with the exhibition of the same title organised by The National Museum of Modern Art in 2016.

Featuring the photo-dessins and collage works produced before and after Sugita Hideo becoming 'Ei-Q', this book includes texts by Otani Shogo, and colour plates of artist's works. As well as artist chronology, list of works, and records of letters from Sugita Hideo to Yamada Koshun.

‘In this exhibition, with focus on the period between 1935 and 1937, before and after he made his debut, by examining his works and letters together, we hope to bring the aspect of this young artist who was struggling hard to grasp the reality (what he called the “real”) of the age in which he was living into relief.’ —excepted from foreword. 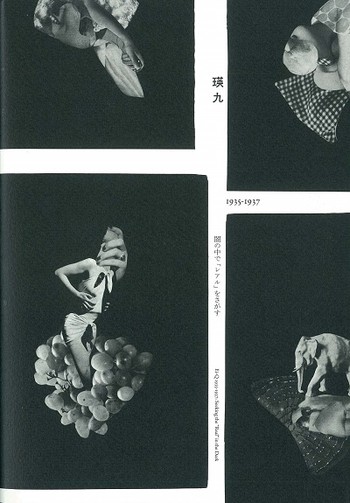