This exhibition guide contains an introduction by curator Ivy Lin, images of the artworks, as well as artists' profiles and statements.

'Kicking off the soft launch of Oi!, the new art space at Oil Street, "Embark! Beyond the Horizon" provides a platform for exchange and dialogue among various art practitioners from Hong Kong and overseas and the local community. Four artists – Cédric Maridet, Tang Kwok-hin and Tsang Kin-wah from Hong Kong and Yuan Gong from mainland China – have drawn inspiration from the new art space's unique character as well as its environment and neighbourhood communities to create site-specific works for the exhibition.
With its variety of states and unlimited shapes, water implies both change and possibility. The sea as a metaphor of transformation is adopted as the theme for this exhibition: presented in intangible forms – including sound, shadow, images and vapour – it reflects the transitional status of the historical building that was originally located by the sea as well as the site's openness for infinite possibility that stretches like the ocean to the horizon and beyond.' - from Oi!'s website 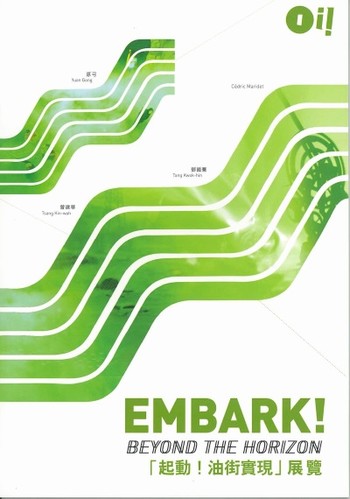 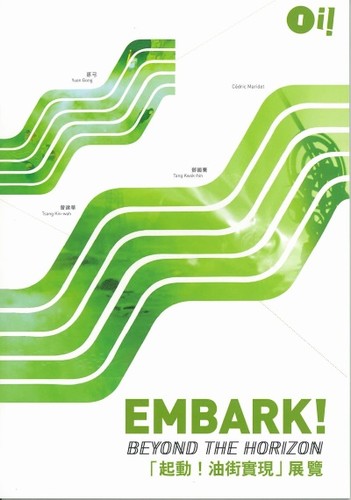