This volume features anothermountainman's works produced between 1988 and 2007. anothermountainman (also known as Stanley Wong Ping-pui) conveys penetrating views of the city through his camera lens. As an artist, compromise is alien to his expolorations of the real — not the idealised — 'Pearl of the Orient'. His down-to-earth approach and love for social phenomena not only help reveal the hearts of many Hongkongers, but equally touches those who want an unflinching look at the city. From his photographs of iconic people and places — including the late calligraphy graffiti artist Tsang Tsou-choi, the Cenotaph, Oil Street (once an area occupied by artists in the 1990s), and even some obscure lanweilou (unfinished and abandoned buildings) in China — anothermountainman creates an alternative view of beauty, that of presence and absence. His signature piece, the redwhiteblue series, represented Hong Kong at the 51st Venice Biennale in 2005. To date, he has won more than 400 awards, and his works are exhibited and collected locally and abroad. This book also includes an essay by John Batten and the artist's biography.

Chapter headings
The View from anothermountainman 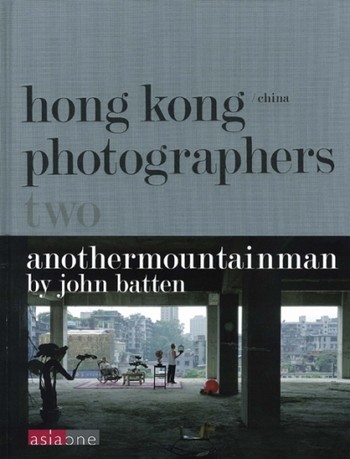