Published to accompany Huang Ming-Chang's solo exhibition, 'A Field in the Heart' at Taipei Fine Arts Museum, March to June, 2012.

'The artist Huang Ming-Chang was born in the Ruisui township of Hualian county and graduated from the Department of Fine Arts at Chinese Culture University. In 1977, he entered Ecole Nationale Supérieure des Beaux-arts de Paris to pursue advanced studies. In 1985, he returned to Taiwan and settled down in the Xindian district of Taipei where he has remained until now - continuing to work hard to "cultivate" for the painting community of Taiwan. His use of marten brushes to portray in fine detail the green waves of rice plants is highly praised. During his early period of studying art in France, he used cool colours to deal with the tranquillity of every corner of the interior of his residence in Paris; his scrutiny and dedication to the minute details of things began to emerge then. After his return to Taiwan, he fully embraced his love of the natural beauty of Taiwan. He transformed the training in the solid traditional technique of European painting to take a natural scene and make it into an object of reverent exploration. He unleashed his true feelings about the sea, flowers, and the green rice fields through his paintings. This exhibition is not only the first complete review of the works of Huang Ming-Chang in this museum; it is also his most significant solo exhibition in the past 20 years. This exhibition will feature the much loved series Gazing Out, Paddyfield, and  Gazing at the Sea. It will also feature works from his period of study in Paris as well as rarely seen early works from before his trip to France. Through the dedicated brush strokes seen from inside and out of Huang Ming-Chang's works as well as the warm air and passionate highlights and shadows preserved in the canvas, this exhibition presents the purest energy that art posses.' (from Taipei Fine Arts Museum)

A Field in the Heart - Solo Exhibition by Huang Ming-Chang

Elaboration of a Fixed Gaze/ 凝視的鋪陳

In Pursuit of Plentiful Perfection/ 追求豐饒的完美

The Murmur of the Paddies/ 稻田在說什麼？

Even the Yellow Flowers Are Blooming/ 看黃花都放了 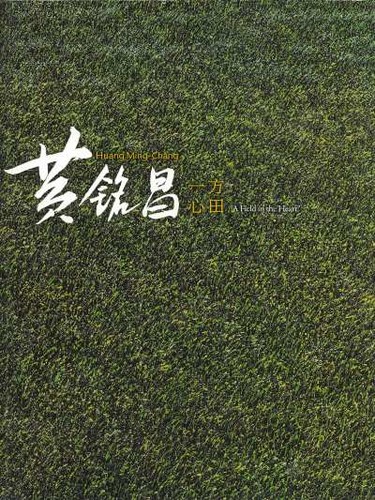