Modern India is an exhibition which examines questions of history, culture, art and social reality in India from the end of the eighteenth century to the present day. Divided into an introduction and five chronological historical areas, the exhibition is a journey through India's colonial past and globalized present, based on texts, documents, archive materials and artistic proposals. Modern India tells the story of a modernity rooted in a solid, rich artistic tradition which goes back to the cultural exchange between Europeans and Indian society and their mutual influence. The main theory behind this exhibition is that modernism was not only a Western art practice, but an international one, and we can therefore talk about several simultaneous modernisms, which together contribute to and build a global modernism. The accompanying exhibition catalogue intends to be a space for reflection on the cultural processes and practices of the Indian imaginary in the symbolic space that is the West.  English texts of main essays are included.  Photographs by Frederick Fiebig, Samuel Bourne, Maurice Vidal Portman, Annu Palakunnathu Matthew, Felice Beato, Lala Deen Dayal, Margaret Bourke-White and Alain Danielou et al. are included in the catalogue.  The exhibition ran from 11 December 2008 to 15 February 2009 at the Institut Valencia d'Art Modern (IVAM).  (http://www.indiamoderna.es/eng/index.html) 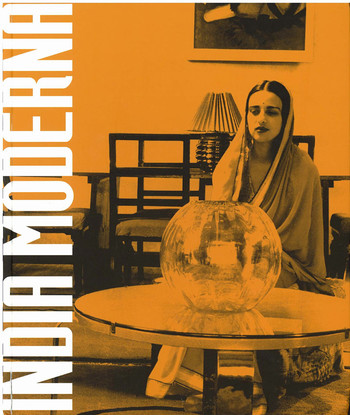