This is an artist book by New York based Singaporean artist John Clang on the theme of the family. A solo exhibition of the same title was also held from January to May 2013 at the National Museum of Singapore.

The monograph features the series Being Together, a collection of photographic portrayals of Clang's family members. The feelings of familial ties were explored in Clang's earlier series Fear of Losing the Existence, Guilt - Dad, Mum and Joe and Erasure, works which formed the foundation for the creation of the Being Together series.

Do Not Design (Singapore)

Chapter headings
The Remarkability of the Everyday and Mundane - TAN Szan
Family, I Have You! - Patricia LEVASSEUR DE LA MOTTE
A Subliminal Encounter - Gwen LEE 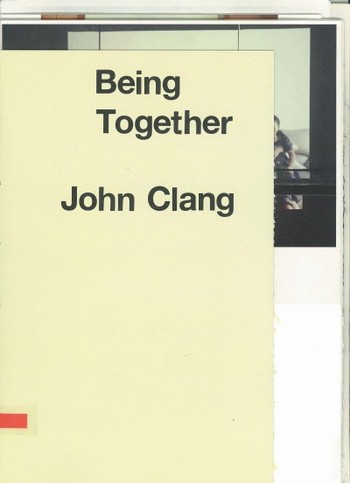