This material was published in conjunction with the exhibition of the same title. As introduced in the foreword by the organiser, ‘Exhibition Space’ was newly opened at Tokyo International Forum, with the mission to exhibit contemporary art which conceals a taste of Japanese traditional culture. Amano, who has kept his eyes on the artist’s creative activities since 1983, reviews her oeuvre retrospectively. He places the artist, whose creative activity started in the late 1970s, as the last painter of the era during which many artists neglected painting. Amano gives a brief observation of Shimomukai’s ‘Energy’ series that started in 1983 in oil and acrylic, and moves on to the series’ dramatic shift of media in the 1989, when the artist started to utilize traditional Japanese painting materials (rough traditional Japanese paper, ink, and pigments) in a totally new method. ‘Dousa’ is a clear liquid substance, traditional usage of which is to coat a part of paper in order to prevent ink and pigment from being smeared. However, the artist utilizes it as a major painting tool that enables her to leave a controlled unpainted surface. Amano interprets these series as ‘a painting as a vessel,’ because of the hollowness he feels from a white surface (the controlled unpainted surface) surrounded by a field of black ink. He further reads them as symbolising mothers’ womb, or in some cases, translucent beings that reminds us of the first phase of life. Amano observes that the post 1991 ‘Energy’ series, larger ‘Byobu’-screen-like works that hold more specific biomorfic forms such as sperms or egg-like shapes, is dangerously graphic and monotonous. Then the restraint colour and lively movement come back in her ‘Energy 94’ with the absence of a specific reference, newly assimilating the vigorous brush strokes of clear ‘Dousa’ application. Amano, who had not seen the artist’s latest body of work at the time this essay was written, expects the artist to exhibit a further significant leap forward, and states that energy can be a mobilization of any unspecific form, just like Shimomukai’s ‘Energy’ series.
Access level 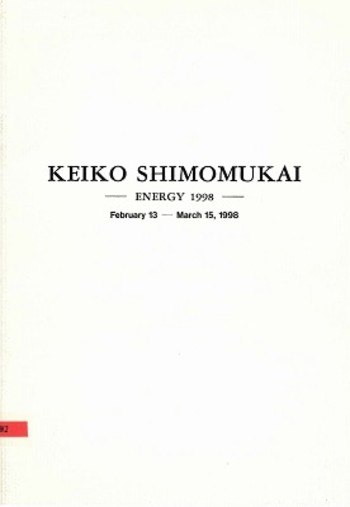 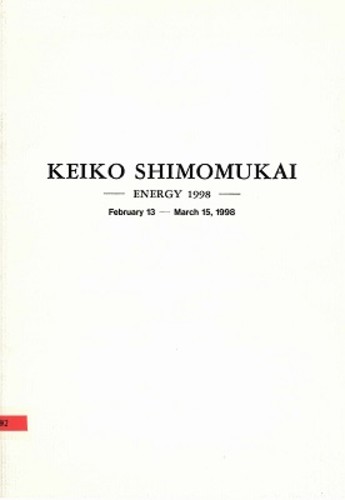