Solo exhibition of acrylic paintings by Malaysian artist, Kok Yew Puah, held 11-31 August 1997 at the Valentine Willie Fine Art. Curated by Valentine Willie. Initially making a name for himself in the art world in 1973, Kok Yew Puah disappeared from the art scene for several years when he was forced into the family business of food manufactoring in Klang. Sometime in the Eighties he returned to his first love of art, finally staging a comeback in 1993. Bold and colourful, the new works saw an inclination towards social commentary and more personal themes, including family portraiture. Essay by Redza Piyadasa. Biographical information included.
Access level

Chapter headings
Klang and Beyond 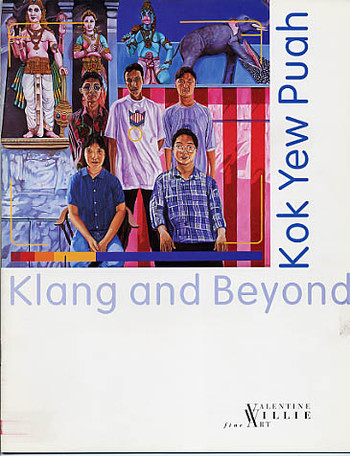