MAM Project 009, the ninth exhibition in the Mori Art Museum's series introducing young international talent, features the video artist Koizumi Meiro. His early works consisted of documentary videos of his own performances while he has tended to use actors in recent videos that probe emotions and their underlying psychological states. He creates what could be called "dramas of humor and incongruity". This is the artist's first solo museum show and features recent works Human Opera XXX (2007) and My Voice Would Reach You (2009), which was created especially for the exhibition. Descriptions of these works, as well as of earlier works by the artist are provided in this catalogue. Biography and bibliography included.
Alternative title

Chapter headings
Prologue to the Human Opera - Koizumi Meiro - Kenichi KONDO, 近藤健一
How to Dismantle a Human Bomb - Images of Bliss in the Theater of Cruelty - Vesna MADZOSKI 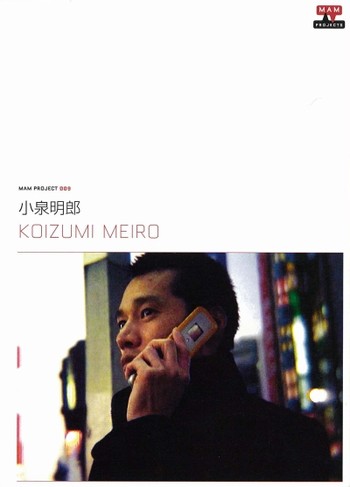