This book was published in conjunction with exhibition of the same title organised by the National Museum of Art, Osaka in 2008. Through the examination of Niikuni's works, the exhibition aimed at reconsidering the relationship among art, music and poetry. The book presents Niikuni's works in chronological order, a detailed biography, and critical essays. It comes with a CD titled Phonetic Works by Niikuni Seiichi, which is archived separately.

'As part of the wave of modernism that swept over all fields of art in the 20th century, poets boldly began to analyze language structurally instead of merely concentrating on its semantic content. Among these writers, some began to approach their work with a special emphasis on its visual and phonetic aspects. In Japan, Niikuni Seiichi (1925−77) was the foremost figure in this movement, but fell into virtual oblivion after his death. Niikuni, who began conducting avant-garde experiments in poetry in his hometown of Sendai in the 1950s, arrived at a poetry that dealt with language in terms of both its visual and aural elements. After producing "seeing poems," in which kanji (Chinese characters) were scattered around the page to form graphic images, and "listening poems," consisting of hiragana, katakana, and numbers, Niikuni's work came to fruition following a move to Tokyo and the publication of his poetry collection "Zero on". In Tokyo, the poet discovered "concrete poetry," an international movement of poets who arranged various written elements into "constellation"-like forms. Not long after, Niikuni came up with the unique method of repeating kanji in a grid pattern in poems such as "Ame" (Rain), and received acclaim both in and outside of Japan.' - The National Museum of Art, Osaka 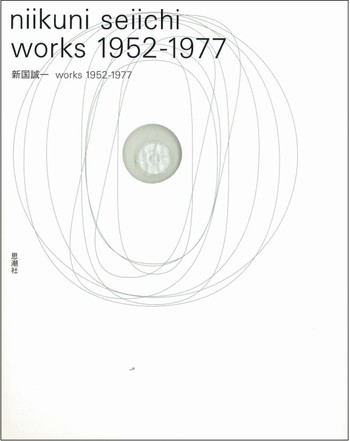