'“Nostalgia is An Extended Feedback” is borrowed from the phrase that Paik himself used as a title for his essay written in 1992 and also for one of his artworks, which, alluding to the key concept of cybernetics, i.e., feedback, is intended to emphasize the importance of looking back upon the past. This exhibition aims to enable the nostalgia for Paik felt today amplify the feedback from yesterday so that it will give rise to feedforward for tomorrow.

Replete with nostalgia for Paik, this exhibition offers a selective overview of his cybernetic constellation. TV Garden, the iconic piece of the Nam June Paik Art Center, will be combined with One Candle, to become an arena of exploring his networked ecological thinking. Marco Polo, The Rehabilitation of Genghis Kan, and many more historical and contemporary figures in the form of Paik’s robot sculptures will be theatrically staged. What will also be highlighted are the cybernetic issues of spatio-temporal multiplication, noise-information dynamics, and man-machine interactivity, in such works as Swiss Clock, Zen for Film, Paik-Abe Video Synthesizer, Three Camera Participation, and some of the arresting videos and films that Paik produced. In addition, a separate section will offer a rare chance to discover Paik’s drawings, documents and photographs through archival displays and tablet computers.' - from organiser's website. 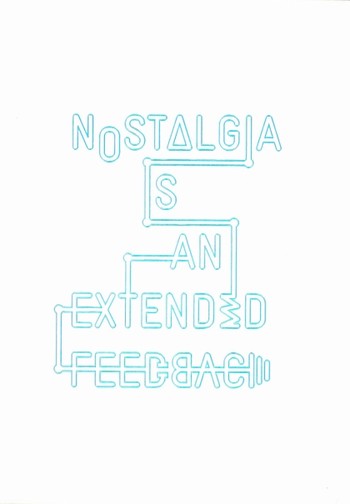