This publication is produced on the occasion of the exhibition 'Off the Wall - Live Painting by Pakeong' at AFA Macau, 25 July - 12 September 2010.

'Organised by AFA Beijing, Off the Wall – Live Painting by Pakeong opens at the AFA Beijing Contemporary Art Centre at 5:00pm on Saturday 24th July. This exhibition is the first solo exhibition showcasing the works of our resident artist since the opening of the Centre in Beijing. The resident artist, Pakeong, who has been presenting a one-month artist-in-residency show at AFA Beijing since June, in which he seeks to accomplish a large-scale painting installation entitled Off the Wall. As this show is open to the public, visitors may take this opportunity to observe the on-the-spot the creation process and exchange ideas with the artist.

'As a young artist in Macao, Fortes Pakeong Sequeira was a graduate from the School of Arts, Macao Polytechnic Institute, majoring in graphic design. He engages in a wide variety of arts, in addition to graphic design, and frequently participates in the creation of illustrations and photography. He is also the lead singer of BladeMark - a local band popular among young music fans in Macao's music circle.

'In recent years, Pakeong determined to develop his personal painting style by integrating different materials, including paper, canvas, board and wall, with his typical black and white lines style that extend to infinity. Early this year, he was invited by AFA to conduct a five-day live painting at the 'Art Beijing 2010 Contemporary Art Fair' and received wide acclaim from the media and visitors. At the invitation of the Cultural Affairs Bureau of the MSAR, he painted live for several consecutive days in the Macao Pavilion at the 6th China (Shenzhen) International Cultural Industries Fair and the 3rd Cross-strait (Xiamen) Cultural Industry Fair in May and June this year, which attracted much attention, while his style was widely picked up by various journals.

'In addition to the live painting Off the Wall by Pakeong, the forthcoming exhibition features various large-scale works previously accomplished in the 'Art Beijing 2010' Contemporary Art Fair, and fairs held in Shenzhen and Xiamen. The artist-in-residency show is open to the public from 1st to 20th July, and is followed by an exhibition opening at 5:00pm on Saturday 24th July. The exhibition will close on 12th September.' (from website of AFA Macau)

Chapter headings
Off the Wall 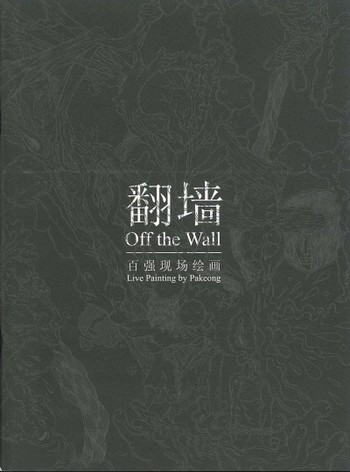 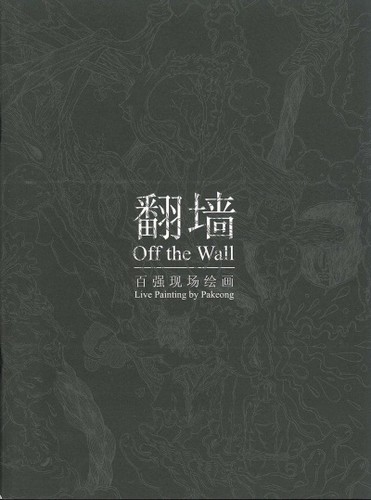