This catalogue accompanies the exhibition Sindoan held at Atelier Hermes, Maison Hermes Dosan Park, from June 21 to August 17, 2008.  The following description is from the Fondation D'entreprise Hermes website:
http://www.fondationdentreprisehermes.org/eng-GB/projet/818/Park-Chan-Kyong-at-the-Atelier-Hermes.htm

The work of Korean artist Park Chan-Kyong (b. Seoul, 1965) explores the fear and aversion that traditional beliefs and superstitions can evoke in local populations. His photographic and video essay focuses on the Sindoan valley, at the foot of Gyeryong Mountain.
Park Chan-Kyong has become increasingly fascinated with the way mythological and religious stories have shaped the culture of the Gyeryong region, in Korea. In particular, the area is referred to in the prophetic writings of Gyeogamyunok and Jeonggamnok as the site of a new regional capital after the end of the Choseon dynasty.
As the guest of the Atelier Hermès in summer 2008, Park Chan-Yong filled the exhibition space with a hanging of photographs of Sindoan, a relief architectural model of the region, a series of collages and a 45-minute film. In documentary form, the film is based on photographs and text extracts, mingling testimonies via a variety of different supports. The result is a story in pictures, a meditation on the sublime and the fear of the unknown.
Park Chan-Kyong seeks to reinstate the imagery associated with the Sindoan region, a sacred site for numerous religions, superstitious belief systems and shamanic rites in Korean culture. His thoroughly researched, documentary approach shows how each is given leave to seek to form a collective entity in the search for a common, utopian territory. In this way, a variety of different beliefs can be substituted for the official or tolerated religions, such as Confucianism, Buddhidm, Taoism, Shamanism and Christianity.

Chapter headings
On Sindoan - Some Scattered Views on Tradition and 'The Sublime' - PARK Chankyong, 박찬경 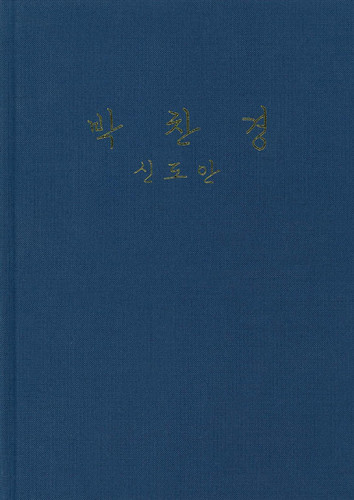