A staged series of thirteen photographic images by Thai artist, Manit Sriwanichpoom of the 'Pink Man,' played by fellow artist, the performer, Sompong Thavee. Exhibition held at three locations: Monash University, Victoria, Australia, 9 June-8 July 2004; 4a Asia-Australia Arts Centre, Sydney, Australia, 4 June-10 July 2004; and at the Cementi Art House, Yogyakarta, Indonesia, 9-30 September 2004. Sriwanichpoom's project was initiated in response to the bombing of 12 October 2002 by Islamic extremist terrorists, outside a Balinese nightclub that killed 202 tourists (88 of whom were Australians) and injuring hundreds. His 'Pink Man' - a symbol of modern tourist consumerism as well as the "negative impact of globalisation and consumerism on Asian culture" - an embodiment of the paranoia and instability caused by the bombing, roams the empty landscape (including popular tourist destinations) like a overwhelmed lost shopper. "The tourist's desire to know and control his unfamiliar surroundings, and to capture it in souvenir form, is resisted by this unique landscape. It is as if the spiritual paradise the pink man finds himself is not the consumer paradise he expected." Essays by Claire Armstrong and Alia Swastika (the latter in Indonesian language). Biographical information.
Access level

Manit, The Pink Man And Reality of Paradise 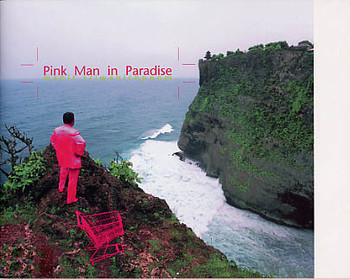 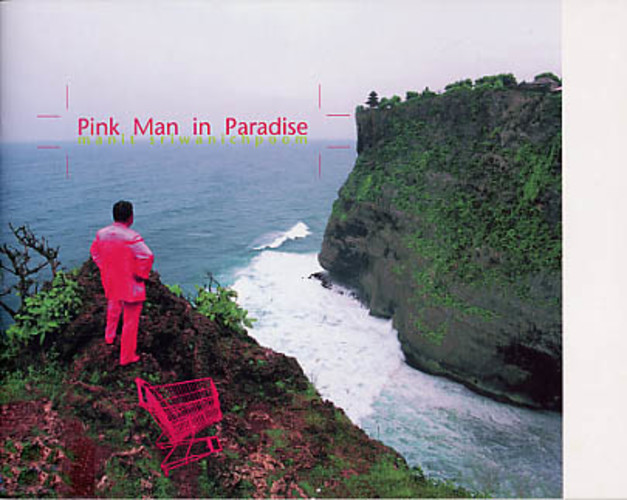