Roppongi Crossing is a series of exhibitions produced by the Mori Art Museum to introduce Japanese creative talent working in a wide range of genres. The first in the series was held in 2004 – and is to this day used as a reference point for contemporary Japanese visual culture. For Roppongi Crossing 2007 four curators focused on the idea of 'intersection', selecting 36 artists whose work has an energy and sphere of influence that spreads beyond the confines of conventional artistic categories.

Their art takes a variety of forms, including painting, sculpture, photography, design, video, manga, games, and even unlikely genres such as dollmaking and bathhouse mural painting. In addition to artists who are emerging on the scene right now, the list also includes others who drove the scene in its formative period in the 1960s and 1970s, and whose feverish output continues unabated today. Surprising juxtapositions provide an opportunity to discover unexpected similarities and also to trace some of the unseen webs of influence and homage that connect the artists of the last three decades.

Delicate handwork, carefully thought-out concepts and a tendency for interactive mechanisms are just some of the other characteristics that unite the works in the exhibition, many of which are new works produced especially for the show.

Surveying this interlocking web of art, linking genres and generations in the present, a faint but common beat can be detected – a beat like a pulse that reverberates throughout the Japanese contemporary art scene and provides a clue as to where it is headed in the future.

Chapter headings
The possibilities of 'Crossings': Beyond time and framework - ARAKI Natsumi, 荒木夏美
The significance of 'Crossings' - from someone standing in the wilderness - Kazuo AMANO, 天野一夫
Crossings as the source of the value of art
Defining a Crossing - Noi SAWARAGI, 椹木野衣 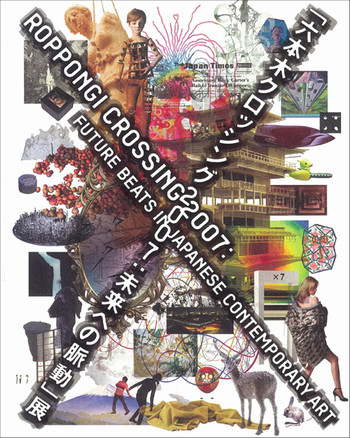