Catalogue published in conjunction with the retrospective exhibition 'Takamatsu Jiro: Mysteries' of the late Japanese artist at the National Museum of Modern Art, Tokyo from December 2014 to March 2015.

'What kind of person was Takamatsu Jiro (1936-1998)? In his works, he made use of tangled string, played around with light and shadow, created tables and chairs with strange perspectives, incorporated sagging fabric, took photographs of other photographs, and made paintings that combined the simple and complex...Depending on the period, the appearance and materials used in Takamatsu’s works varied greatly. This is what made him slightly difficult to understand. But a close look at his diverse works reveals several recurring forms and ideas. In other words, hidden in the background, there are consistent threads.' - from publisher's website

Composed of three chapters arranged in the same order as the exhibition, the catalogue looks into three different periods of the artist's life and works. It contains plates of all works featured in the exhibition.

Includes a series chart, a chronology of Takamatsu's life (in Japanese only), and a selected bibliography of publications appeared after the artist's death in 1998. 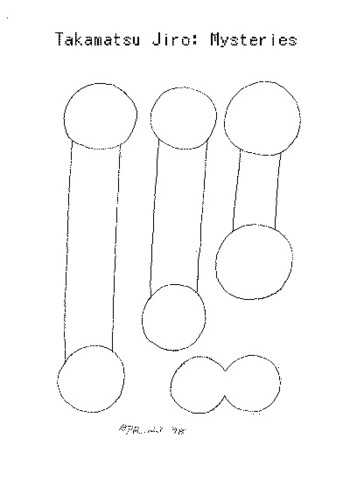 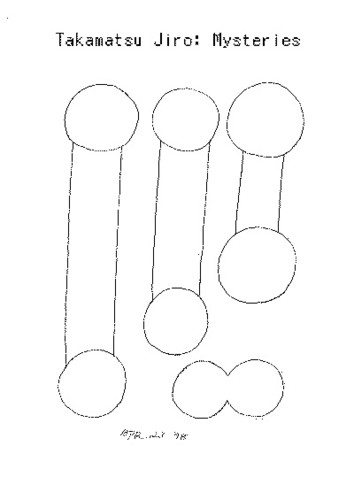