As Keiichi Kuwahara explains in his greeting, ‘rickshaw’ is a passenger carrier attached to a bicycle in Bangladesh which has its roots in Japanese ‘jinrikisha,’ a vehicle carried by human. Among similar vehicles widely seen in Asia, the Fukuoka Asian Museum presented an exhibition on rickshaw and paintings on them as an art form that sprang from Bangladesh daily life. This material includes images of related materials such as scroll paintings, posters, and calendars, along with 117 rickshaw paintings. Akbar introduces traditional art forms in Bangladesh with a brief history of the region in the early part of her essay, and later gives more detailed observation on rickshaw. She touches upon the recent international attention on the ‘Rickshaw Paintings,’ and stresses a necessity to properly understand the changing economic and aesthetic circumstances of the artists and their patrons, and relationship between them, all of which caused a complicated development of this art form. Tsuzuki’s essay discusses about the exceptionally energetic quality of rickshaw among traffic art in other countries, its relation with the Japanese art, and about the issues such as art and non-art, art and kitsch. Akbar also provides information on three rickshaw artists, and interpretation for their works.
Access level 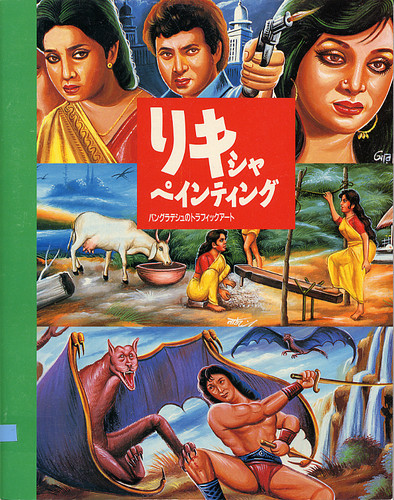