This book was published in conjunction with the opening of the exhibition THE GROUP 1965 - We are boys!, co-hosted by Kunsthalle Dusseldorf and the Japan Foundation in 2011.  The exhibition showcased works by 6 Japanese artists who are all members of THE GROUP 1965, an artist collective.  With plates of works accompanied by either curatorial note or artist's statement, a chronology of THE GROUP 1965 and essays by Mami Kataoka and Hitomi Hasegawa. The artists' biographies are also included.

'THE GROUP 1965 was formed in 1994. In that year, all of the members (currently six: AIDA Makoto, ARIMA Sumihisa, KINOSHITA Parco, MATSUKAGE Hiroyuki, OIWA Oscar, OZAWA Tsuyoshi), who were born in 1965, turned 29. However, unlike Jikken Kobo and Gutai, there is no leader-like figure, there is no centrality among the members (MATSUKAGE is the "chairman"), and of course there is no manifesto. The only reason behind the formation of the group was that the members were born in the same year. However, meaning has emerged in the very fact that the group is still going 17 years after its formation, and this year (2011), when the members will all be 46, an exhibition is being held in Dusseldorf''. - Mami Kataoka

'While at first the group's formation appears trivial, the act of attaching artistic importance to such personal details can be traced back to earlier artistic movements like Fluxus. In this sense THE GROUP 1965 can be thought of as continuing the legacy of the Fluxus-inspired Japanese avant-garde groups of the 1960s. Their use of humour and lack of clear principles and objectives further echoes these earlier groups.' - Hitomi Hasegawa
Alternative title

THE GROUP 1965 - Shining Under the Spotlight 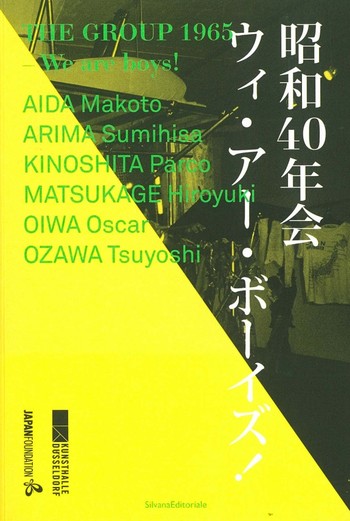 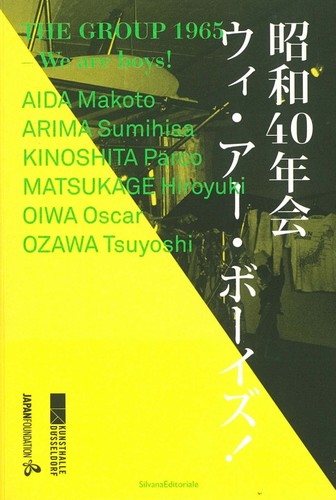