The present exhibition was part of the Cross-Strait City Arts Festival organised by the National Art Museum of China and the Taipei Fine Arts Museum in 2006. 'With the aim of encouraging cross-strait exchanges in modern art, the Taipei Fine Arts Museum, based on this foundation of research, has specially gathered approximately 120 works of art by 111 highly representative Taiwanese modern and contemporary artists for the exhibition The Odyssey of Art in Taiwan 1950-2000. The exhibition serves as a cross-section of fifty years of post-war Taiwanese fine art development, and encompasses such diverse art forms as painting, sculpture, installation, photography, video art, and documented performance art. From amongst the complex and wide-ranging phenomena of the art world, it attempts to present the historical traces and major forms of artistic expression in Taiwan from 1950 to 2000, including the parallel evolution of government-sponsored exhibitions and private art associations during the 1950s, the development of abstract painting under the far-reaching influence of the west during the 1960s, the return to concern for grass-roots realities during the 1970s, the appearance of social criticism in the 1980s, and the response of contemporary artists to the larger environment in the 1990s and thereafter. These forms of artistic expression articulated the response of Taiwanese artists to politics and society, and concretely etched the traces of Taiwanese art's development.' - extracted from foreword by Huang Tsailang. With artist biographies.

Chapter headings
From the Ground Up: Art Association in 1950s Taiwan

From the 1960s to the 1980s: Geometric Abstraction in Taiwan 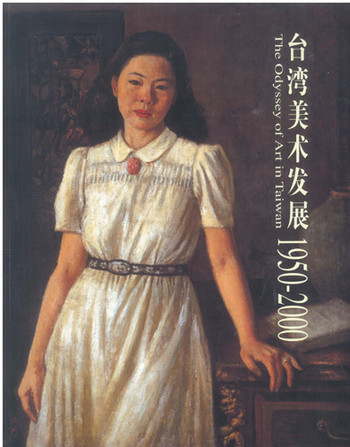