This material is a record of the performances by a group called ‘Tokiyo Angels.’ It consists of black and white images of their 13 performances, each accompanied by a short statement written by one of the members. The group planned a performance per month, for 12 months. Members wore black suits with little wings on their back for all the performances. The venue differed from time to time, including galleries, university campus, museums and streets.
The first performance, ‘Angels Have Descended,’ took place at Tama Art University, Kaminoge Campus, in May 1991. The performance represented Kaihatsu’s ideal image of ‘performance’ movement of the body, using live music and minimum involvement of any language. Kaihatsu was inspired by a man walking two dogs, and formulated an idea of owner and the owned, or the superior and inferior.
The second performance ‘A Dog’ was to show that human beings, who are always judged by others, are not free at all. One of the members was collared and chained, and he walked from Shinbashi to Shibuya via Ginza. Through this, the group urges people to realize that human beings are chained by human beings, or caged by human beings, just like our pets.
In the third performance, the group walked from Shinbashi to Kyobashi via Ginza, attaching trash on their clothes. It was not a performance about environmental protection, but the process of little children growing up, in which they learn from their experiences and their own judgement. How would people react to their performance? What would they learn from the performance?
The theme of the fourth performance was ‘SHIZEN’ (nature), in other words, looking at the lost nature in a city. This project is to try to paint the field, rivers, and mountains that could have occupied the Ginza area (central Tokyo) hundreds of, or thousands of years before.
The Japanese proverb ‘Mizaru, Iwazaru, Kikazaru’ (No see evil, No speak evil, No hear evil,) represented by three monkeys, describes people who do not want to be involved. It is used differently in the fifth performance. One of the members Suzuki first appreciated having two legs when he couldn’t walk due to a minor injury. Tokiyo Angels invited people to their performance and have them experience the loss of three of our body functions: vision, speech, and hearing, during their performances. There is a Japanese play with words in this performance since the Japanese word for monkey ‘Saru’ sounds the same as the verb-ending 'zaru.' So, the performance group plays with the situation by creating ‘Monkey-kit’ for guests.
The seventh performance explores something that conceals double meaning. They lie on the streets and circled the contour of their body with a white chalk. Although they are alive with the white mark around their body, the mark becomes symbol of death as soon as they get up. This is because the implication of such a mark is familiar to our mind from scenes of police investigations in our daily life.
The tenth performance, ‘Pilgrimage’ examines nature that houses all kinds of life. This performance is to show their appreciation of nature, by worshipping the nature in religious manner.
Handing flyers and advertisement on the street hinted the eleventh performance, ‘Garlic Day.’ They handed 200 cloves of garlic with a message at Ginza. For the question of ‘why garlic?’ they leave the answer to our imagination.
Access level

(He Grows with Constraints)

(No See Evil; No Speak Evil; No Hear Evil)

(After Squeezing a Hand) 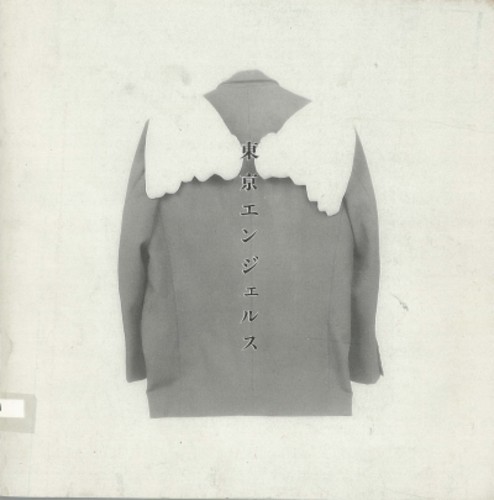