'In this compilation of video works, Chinese and Western artists respond to recent social, economic and cultural changes in China that have altered its citizens' view of the world and themselves. Includes audio commentary by curators and critics, artist statements and biographies. In recent decades, China has undergone massive social, economic and cultural change, altering its citizens’ view of the world and themselves. China’s artists have rapidly absorbed and reinterpreted the pluralistic styles of Western art, using them to translate the unique realities of life in contemporary China. In turn, many Western artists interested in the play between the individual and society have turned their attention to China as a complex and often culturally loaded subject. This volume contains work by artists from both China and the West, participating in this cross-cultural exchange, responding to it critically from an embedded perspective.
Attempting to approach China as a single subject leads to an encounter with contradictions. Home to what is arguably the oldest continuous culture in the world, it has yet faced unprecedented changes over the past century alone. Its citizens stand between two very different worlds, and each generation's experience is seemingly unrecognizable to the last. This struggle between the historical and ahistorical may be the cohesive element of the volume. Many of the works featured deal with a piling-on of contradictory elements, a rewriting of history, or a collapsing of past, present and future. Some attempt to present the realities of contemporary life in China through documentary footage, others merely hint at its nuances through poetic gesture. What is offered is not a complete picture of media art made in or responding to contemporary China. Instead it is an attempt to correct the assumption of a single Chinese artistic “voice” or style, to present the multiplicity of experiences in as wide a breadth as possible.' - from ASPECT Magazine's website
Contents:
Lana Z Caplan - Welcome to Suzhou, 2005 (5:18, installation)
Fang Lu - Skin, 2009 (10:24, video)
Ben Houge - Transportation Is Getting a New Look, 2010 (15:00, algorithmic video)
Linda C.H. Lai - Voices Seen, Images Heard, 2009 (27:58, video)
Lily & Hong Lei - Land of Illusion, 2006-10 (13:17, virtual reality performance)
Ma Yongfeng - The Swirl, 2002 (15:06, video)
Caspar Stracke - Rong Xiang, 2009 (8:34, video)
Tsang Kin-Wah - Every Being That Opposes Progress Should Be Food For You, 2009 (6:30, installation)
Wang Gongxin - Myth Power, 1997 (8:49, video) 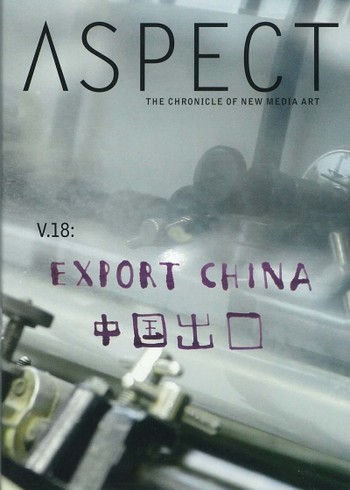 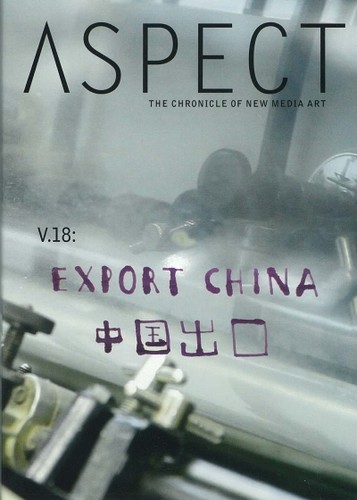