'The essays and artworks gathered in this volume examine the visual manifestations of postcolonial struggles in art in East and Southeast Asia, as the world transitioned from the communist/capitalist ideological divide into the new global power structure under neoliberalism that started taking shape during the Cold War.

The contributors to this volume investigate the visual art that emerged in Australia, China, Cambodia, Indonesia, Korea, Okinawa, and the Philippines. With their critical views and new approaches, the scholars and curators examine how visual art from postcolonial countries deviated from the communist/capitalist dichotomy to explore issues of identity, environment, rapid commercialization of art, and independence. These foci offer windows into some lesser-known aspects of the Cold War, including humanistic responses to the neo-imperial exploitations of people and resources as capitalism transformed into its most aggressive form.'

Part I | Joining the Game: Trauma and Regionalism

"The New Chinese Landscape" in the Cold War era

Before and Beyond the Cold War: Visual Accounts of the "Secret War" in Laos (Pha Khamfan's Collection of Photographs and Terry Wofford's Paintings of Planes)

Asia's Cold War and Environmental Devastation: Kidlat Tahimik and Roberto Villanueva's Neo-indigenous Response in the Philippines and Beyond

Imagining a Region: Australian Exhibitionary Turns to Asia in the Late Cold War

From Okinawa With Love

Voyage into the COLD SEA

From Cities into the Mountains and the Fields: An Archaeology of Lives in Dark Ruins

Survival Tactics within Cold War Ideologies: Post-Mao Artists on the Tides of Globalization 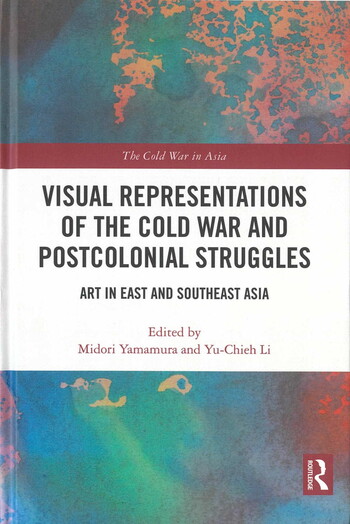