We are Li Wang Yang, 我們都是李旺陽

A collection of poems and artworks created by over 100 poets and artists from Hong Kong, in memorial of the death of the Chinese labour activist, Li Wang Yang on 6 June 2012.

The book is self-published by the group 'We're Li Wang Yang', which is formed by individuals from the art and cultural profession in Hong Kong. The call for submission of poetry and artwork begun on 7 June 2012, collected works were then being sung and presented during a protest on 10 June 2012.

2000 copies were being distributed free of charge during a protest on 1 July 2013. 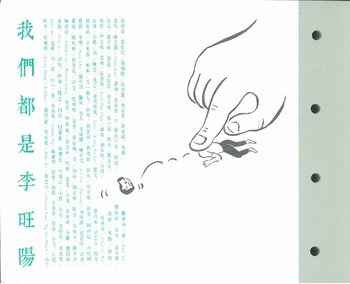 We are Li Wang Yang, 我們都是李旺陽 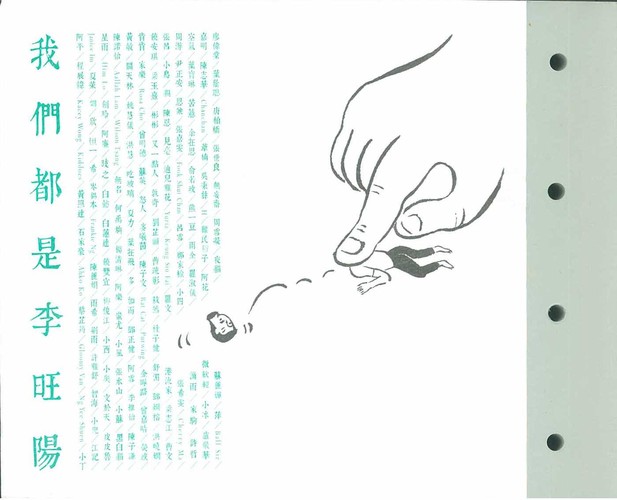