Despite the economic diversification and technological advances in our world today, cultures remain separated, even isolated, the conceptual barriers that exist between them causing nations to misinterpret each other. The abyss separating cultures still remains.

Our images of the world we live in, our social identities, and our knowledge are largely based on a set of ideals. In The Untimely Meditations, Nietzsche claimed that the products of a scientific pursuit of history might overwhelm weak minds and prevent future generations from undertaking their own projects of cultural reform and renewal. Gilles Deleuze responded to this theory by saying that the reality of history is not the same reality experienced by people.

Following this logic, I propose that Chinese sailors crossed the Pacific Ocean in search of what could be found on the other side. Contrary to what has been proven, when we observe archeological artefacts from pre-Hispanic America, we notice that they are very similar to those of societies elsewhere in the world, and that these different cultures used some of the same technologies.

The challenge in understanding the links between these two bodies of archeological pieces of art is in doing away with our preconceptions of the cultural functions of science and art. To investigate the similarities between Chinese and South American ‘antiquity’ without prejudice, we must find new ways to reconcile the apparent irrationality of visual evidence with the apparent rationality of the language of scholarly research. 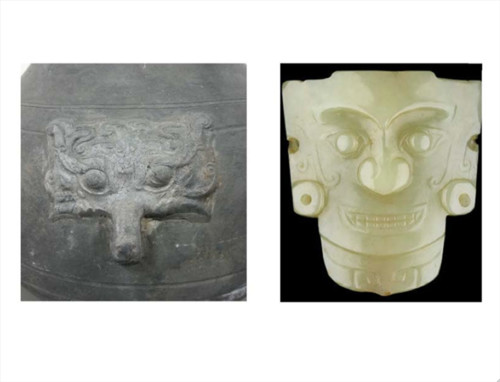 The zenith is an imaginary point directly ‘above’ any particular location, vertically opposite to its apparent gravitational force, which pulls us towards the nadir.

The zenith works as a conceptual image, a powerful metaphor for the imaginary lines we draw between points and a useful tool in understanding how natural and political frontiers are in fact imaginary boundaries. The zenith illustrates how soft power, the power of attraction, functions.

The notion of the zenith helps us to chart a course toward a point that will never be reached, but will lead to other points along its path. We allow ourselves to be guided by it. The zenith is the conceptual device that sailors would have used to imagine the other side of the horizon.

The zenith is a notion that can also be applied to history, a political symbol illustrating how societies evolve. As a metaphor, it represents what keeps cultural systems isolated from one another, yet it could also function to demonstrate the way a culture integrates elements of other more powerful cultures. An isolated culture may conceive of itself as having reached its zenith when this integration is complete, but in fact it may just have disappeared. This image helps to explain how cultures evolve by looking for a point that can never be reached. 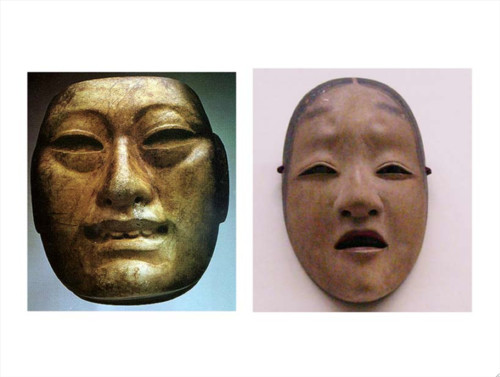 For the Chinese, the ocean was something to be afraid of. It contained monsters. If we observe the decorations in the Forbidden City we find many ocean monsters. The Chinese cosmological order may have discouraged attempts to explore and conquer the seas. The Chinese were a people of the land. For them the ocean represented the far end of the yang principle.

But we have uncovered evidence of travels by the Chinese of the early Ming Dynasty to places as far as Sri Lanka, the Arabian Peninsula, and east Africa. They even brought a giraffe back to China.

There are claims that antique objects from China and South America are so stylistically similar that it is not easy to identify their origins. The official academic hypothesis is that these similarities are the result of the ‘Hegelian Spirit,’ but when two archeological objects from both shores of the Pacific region are juxtaposed, it is clear that the similarities are beyond Hegelian concepts, and it is apparent that a social network was established between two cultures from Asia and America much before the Spaniards arrived in America. As an historical fact, China was self-sufficient and needed nothing from the Indian Ocean or any other ocean, and the Chinese were concerned about the growing threat to their western land borders, in his book 1421, the Year China Discovered the World, the sailor and adventurer Gavin Menzies hypothesises a trip from China to the Americas made by Zheng He’s great ships, a fleet ten times that of Columbus.

Is it so far-fetched then, in reading the style and technique of these archeological objects, to trace similarities in the stylistic evolution on both shores of the Pacific and recognise a relationship? Can we imagine a methodology based on this hypothesis, or on affinity, or on the zenith?

Recently divers discovered a big ship off the coast of Japan. The ship had been transporting commercial goods such as porcelain dishes, cups, and teapots, as well as many sculptures and other art objects. The water conserved these fine art pieces for many centuries and they came back to the air in a perfect state, as if they were just put on the bottom of the ocean a few hours before.

A Parallel Narrative is part of a video artwork project which hypothesises Chinese contact with American societies before the arrival of Spanish notoriously General Zheng He's travels to South America in the early 15th Century.

As an artist Francisco Camacho seeks ways in which his work can exist within official social channels. His practice evolves around the possibility of art to bear practical effects on the cultural background and reflects on re-defining common concepts that can lead art to change the way in which we conceive society.

A Parrallel Narrative is supported by MONDRIAAN FOUNDATION.