Garage Show: Invitation
Another Long March: Chinese Conceptual and Installation Art in the Nineties
45 Degree as a Reason
Share
Author

This week, we present printed matter related to the Life in the Aftermath section of the show's archival materials that look at the exhibitions Garage Show and 45 Degree as a Reason, as well as proposals for exhibitions.

Note that in addition to the entries below, the 29 August 1988 issue of Fine Arts in China (an issue on proposal art edited by Liao Wen) from AAA Collection is on display.

Another Long March: Chinese Conceptual and Installation Art in the Nineties 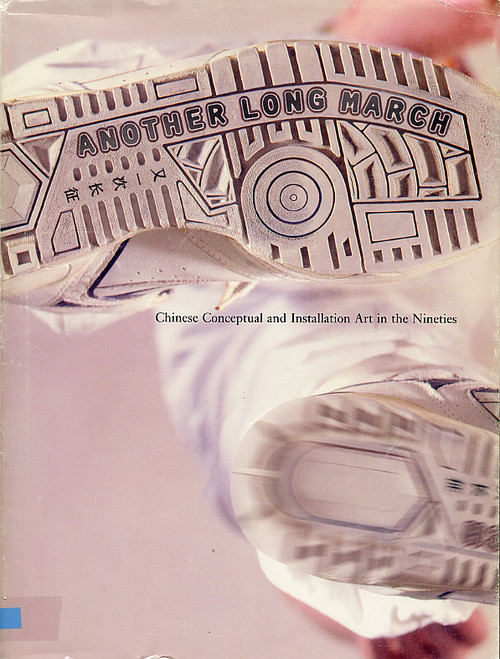 Image: Cover of Another Long March: Chinese Conceptual and Installation Art in the Nineties.

Another Long March is the first survey in the West of conceptual and installation art, presenting eighteen artists from the leading Chinese art centres: Beijing, Shanghai, Hangzhou and Guangzhou. In comparison to Political Pop and Cynical Realist art in the post-1989 art scene, conceptual art produced by Chinese artists received relatively less coverage in the West. The accompanying essays in this exhibition catalogue, written by noted scholars and art critics, offer an insightful study and analysis of the development of Chinese conceptual art in the post-1989 period. Biographical information of participating artists is also included.

45 Degree as a Reason Catalogue of joint exhibition in 1995, with preliminary sketches of the finished works.