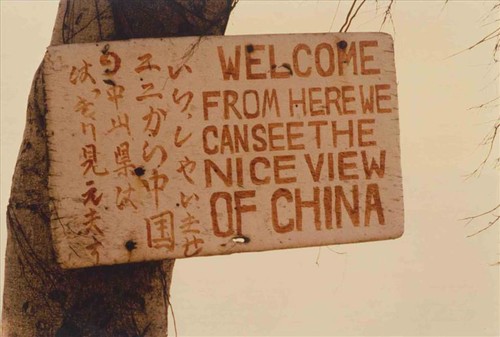 Image: Travel photo taken in the late 1970s, twenty years before the handover of British-colonial Hong Kong to Mainland China.

1. Michael A Aung-Thwin, Myth and History in the Historiography of Early Burma: Paradigms, Primary Sources and Prejudices, BRILL, Leiden, 2001.

5. Chen, Asia as Method: Toward Deimperialization.

Ideas in this series Teboho Edkins's research photographs for his film project Days of Cannibalism, which takes place between Guangzhou and Lesotho