Mithila Art and the Conversation of Change

Pallavi Payal considers the evolving form and content of contemporary Mithila art, and her own artistic identity.

I still remember the first time someone referred to me as “a contemporary Mithila artist” during an event around the artform. I had called myself a Mithila artist before, but never really thought of myself as a “contemporary” one. Not surprisingly, this prompted questions around intention, aesthetics, identity, etc. The fact that Mithila art is itself evolving, with so many different artists and stakes involved in this process, also pushed me to enquire more deeply.

Most commonly found in the southern Terai-Madhesh region of Nepal, and in Bihar and Uttar Pradesh in India, Mithila art takes on various cultural and religious forms, and is practised primarily by women in tight-knit communities. Some of the religious forms have remained relatively unchanged over time, practiced for occasions like weddings, pujas (prayer), and the festival of Chhath. Other forms are more responsive to contemporary urgencies and environments, not only in terms of themes and styles, but also the raw materials used; these forms tend to be more ornate—decorating homes, walls, and doors with deities, scenes from nature, and various other symbols for prosperity and luck. Image: Painting by Pallavi Payal as a protest against the proposal restricting women under forty to travel. Courtesy of the artist.

Two generations ago, my grandmother and her mother were painting with sticks and fingers on floors and walls, with colours derived from materials like milk, turmeric, coal, and flowers. Their paintings reflected the daily domestic rituals of women, and rarely expressed any explicit emotions or feelings. However, the creation of these paintings provided opportunities for women to bond and celebrate in groups when they came together to paint on each other’s walls and homes. There was a kind of freedom in this, my grandmother says. Friendships and bonds were formed and shaped while creating Mithila art, and they were able to talk about their feelings, opinions, and experiences in a way they could hardly do even within their own homes.

Having been raised in this culture, I’ve witnessed first-hand my mother, aunts, and grandmothers painting walls and making traditional Kohbar art during weddings; but none of them actually called themselves artists—this was a way of life for them, a tradition to be continued. These paintings were in a sense “mandatory,” and learning them was more of a cultural obligation at the time. The concept of “being an artist” was not really explored. I was drawn towards Kohbar’s bright colours and designs, and would dabble in it as a hobby during my childhood and teenage years, copying designs and paintings by my family members, and drawing Mithila patterns in my colouring books and for my visual art classes in high school. Image: Angry Woman by Pallavi Payal. Courtesy of the artist.

However, as Nepal began moving towards a more progressive democratic system, I started questioning the status of marginalised groups in our society. Women from the Mithila community scattered across the country were experiencing an array of political and social changes. In the capital, Kathmandu, one might face intrusive questions around nationality and loyalty towards the country, whereas in my ancestral hometown, for example, I have faced much more discrimination along gendered lines. While I enjoy privileges that some Madhesi women do not—I am educated, financially secure, with a supportive social network—my situation and priorities overlap with so many Madhesi women living in Kathmandu.

I began searching for Mithila artforms more responsive to these urgencies—as an alternative to the more typical emphasis on celebrations of rituals, traditions, and domestic spaces—and so I sought out various artists in Janakpur, the capital of the Madhesh Province, one of the centres of Mithila art. I met artists like Sapana Sanjeevani, who was born and raised in Janakpur. We bonded quickly over our feminist ideals, and Sanjeevani and I have now worked together on several art projects. Sanjeevani had stopped painting during her teen years, but picked it up again, creating work around queer relations, when she noticed increased attention to mental health issues, gender biases, and caste discrimination. These thematics have drawn more young people to begin portraying their experiences with Mithila art as well; the artist Karna, for example, was recently working with a team of girls aged fourteen to twenty-five to paint the walls of Janakpur, and there are more of them in her training sessions compared to only a few years ago.

I also met Mithila artists like Sonam Karna, who works with various NGOs. While still practicing traditional forms, she also addresses issues like forest and water conservation, as well as violence against women—themes completely new to the artform. “Nowadays Mithila art is bridging the gaps and limitations created by the caste system,” she told me. “More and more participants of Mithila art training in Janakpur and other parts of the country are from the Dalit community.” This growing interest partly stems from the artform’s increasing alignment with movements in rights and equality. Janakpur itself has also witnessed a wave of sociopolitical change. It was one of the centres of the Madhes movements that led to the introduction of federalism in Nepal, and now it is the capital of Madhes Pradesh, one of the provinces. A growing number of international and non-governmental organisations started working in the city, and organisations like the Janakpur Women Development Center (JWDC) gained increased visibility. Mithila art is now more visible in other areas of Kathmandu and not just in the tourist centres. Moreover, as it gradually becomes mainstream, there is a slow but growing acceptance of the artform as Nepali art. The UN’s seventeen sustainable goals have been painted by JWDC artists in Mithila style, and recently the same paintings were featured in newly issued postage stamps by the Ministry of Communications and Information Technology. These more recent developments are notable ones, as Terai-Madhesi communities have historically been excluded based on their identity.

Even as recent as 2020, the federal parliament proposed a seven-year waiting period for foreign women marrying a Nepali man to obtain their naturalised citizenship. It particularly affects Madhesi women born in India and married to a Nepali man (in Nepal, there is no provision for any other identity except this citizenship for these women). Nepal also does not allow a woman married to a foreign man to confer Nepali citizenship of descent unto her children, or a naturalised citizenship to her husband. The proposal was complicated for laymen to understand, and after attending and hosting several webinars and discussions on it, I started creating paintings to help explain it and express my discontent. Image: Unsilencing by Pallavi Payal, dedicated to the Madhesi women speaking up against the citizenship bill. Courtesy of the artist.

The proposed bill impacted Madhesi women disproportionately, but the mainstream feminist movement only tried to address it from a somewhat narrow gender perspective, completely disregarding the ethnic biases, exposing gaps in the feminist movement of Nepal. The mainstream representatives of the women’s movement advocated for an equal waiting period for men and women, disregarding the disproportionate impact on Madhesi women created by their statelessness.

The government also proposed a legal provision that would make it mandatory for women below forty to obtain permission from their family and a local government representative to travel outside the country. They argued that this was to prevent violence against and the trafficking of Nepali women. Women protested this on the streets, and my art projects attempted to speak to these issues of gender bias, inclusion, citizenship, and gender and sexuality. Mithila art has helped play an important role in launching conversations on these social issues within and outside the community; and while I’ve been able to meet with deputy mayors proposing plans and policies to support women’s education, in addition to strict plans against dowry and violence against women, they’ve struggled to garner support in these still very male-dominated spaces.

As the older, traditional forms of Mithila art continue to be a part of the culture, newer forms have been drawing in people from outside of the community. Indeed, the artform has become more open and expansive, accommodating different experiences and ideas, as well as breaking boundaries of caste and ethnicity. When the COVID-19 pandemic hit, there were Mithila artworks that portrayed vaccination drives, and stressed the importance of masks and other precautions. During the International Day of the Girl Child, national and international NGOs also commissioned Mithila artworks on the topic. I am still not sure if I would call myself a contemporary Mithila artist, but from my own work and that of my peers, I realise that Mithila artists are painting the stories of today. It has challenged traditional art, and has created a balance between both styles, which has only helped both to grow and thrive.

Pallavi Payal is a Feminist Mithila Artist, a political researcher, and gender equality, disability, and social inclusion activist. She explores ideas to re-invent Mithila art in current times to counter gender, caste-based, and other forms of discrimination that affect the lives of people. She has actively campaigned for equal citizenship rights for women and particularly marginalised women through Mithila arts. She has written opinion pieces and articles on various media on these topics and has written a paper for National Democratic Institute’s Policy Review on Women’s participation in public spaces. 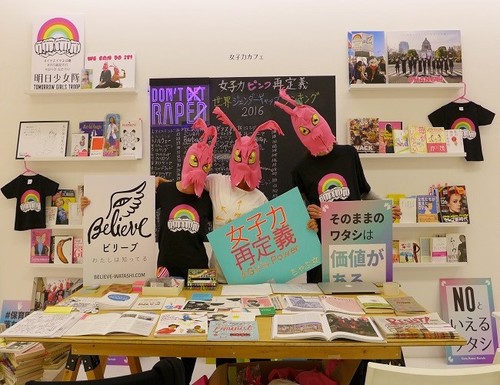 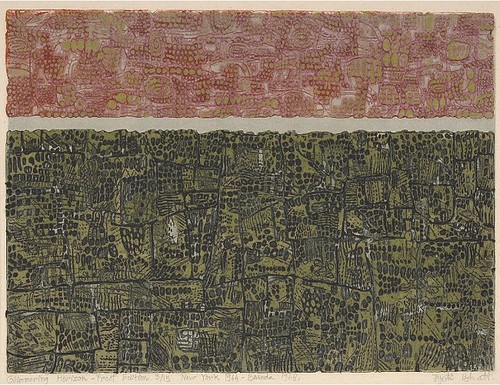 Gendering Her Art: The Category of “Woman” in the Art History of Hong Kong
Ideas Journal | Essays