Whenever I encounter moments where different worlds meet, I am always amazed. One such instance was when I pulled out a paper packet of photographs from one of the many shoeboxes within Ha Bik Chuen’s archive, then still in its former location in To Kwa Wan. (We have since relocated these materials to AAA Project Space in Fo Tan.) These photographs provide documentation of the exhibition Being Minorities, which took place at the Hong Kong Arts Centre in 1997; the Exhibitions Director of the time, Oscar Ho Hing Kay, curated the show.

Being Minorities explores how British political power diminished in Hong Kong after the handover to Chinese sovereignty, while the ethnic Chinese population became the dominant force. Other non-Chinese communities in the city continued to be marginalised, invisible within mainstream media and discourse. In response, Ho invited non-Chinese contemporary artists to participate in this exhibition. And so, it was on this occasion that individuals such as Montien Boonma, Robert O’Brien, Vivan Sundaram, and Vu Dan Tan came to occupy the same stage and same exhibition space.

Sundaram and Vu shared their personal archives with AAA in 2010 and 2012 respectively, while O'Brien did an extensive interview with AAA in 2015. This means that in 2015, my discovery of Being Minorities in Ha Bik Chuen’s archive was a conduit for these individuals to meet once again, though this time in archival form. 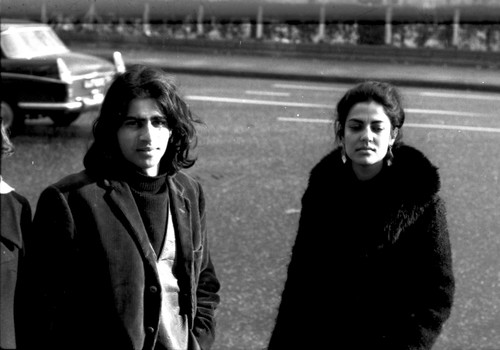