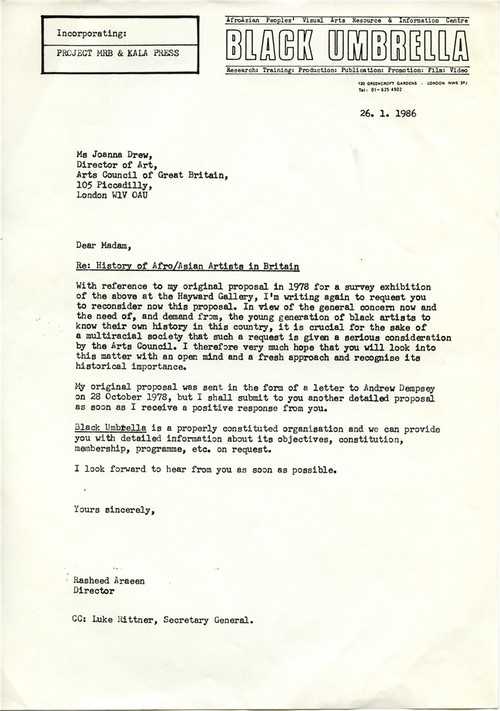 I love how little traces of the past show up whenever I tidy my desk. As I encounter slips of paper that remind me of events and experiences, I wonder how my choices affect today and tomorrow. The question that comes up most is what if?

As I was exploring the Rasheed Araeen Archive, I found this 1986 letter from Araeen to Johanna Drew. It marked another attempt to propose an exhibition about Afro-Asian artists living and working in the United Kingdom. Araeen first submitted a proposal for this exhibition to Arts Council of Great Britain in 1978, to Andrew Dempsey, then Assistant Director/London Exhibitions.

This new request met with success, becoming The Other Story: Afro-Asian Artists in Post-war Britain (1989) at Hayward Gallery. Though many critics at the time failed to recognise the importance of the exhibition, we know today how vital this was in shaping narratives about art in Britain after the Second World War. What would art history and contemporary art look like today if The Other Story had not happened? What other story would we be forced to tell ourselves had Araeen’s proposal been rejected once again? This letter reveals how the little steps we take have a great impact upon the future. Our actions have the potential to open up narratives to include new perspectives and propose lines of inquiry.

These questions led me to read more about the background of the exhibition. I was curious as to the reason why the proposal was rejected in 1979. Dempsey wrote: “The Exhibition committee turned down your proposal at its January meeting. It was their opinion that most of the artists you mentioned were not lacking in exposure and that a more sensible thing would be to broaden the scope to include all foreign artists working and living in this country.” There was a lack of understanding about the necessity of redefining British art to include non-white artists. Former AAA Head of Research Hammad Nasar expands further on this history in his essay "Notes from the Field: Navigating the Afterlife of The Other Story."

Now as I journey through the materials digitised by Asia Art Archive, I wonder how our choices now will ripple into the coming three decades. What kind of history are we shaping? 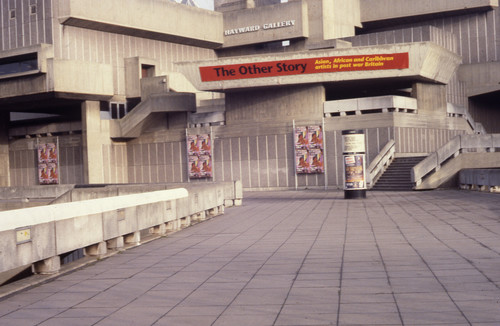 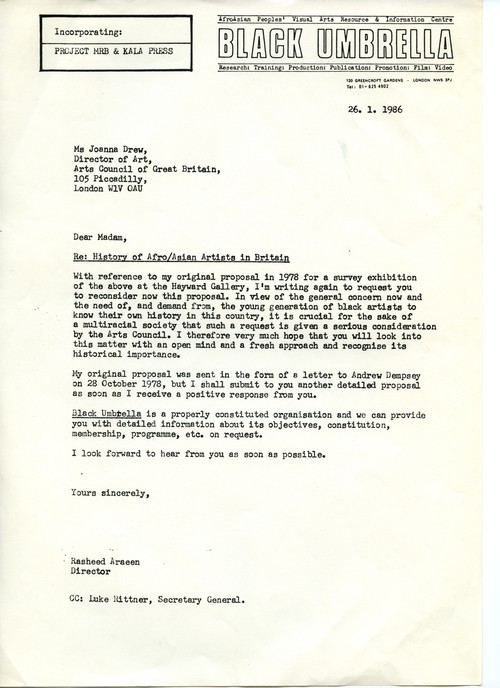 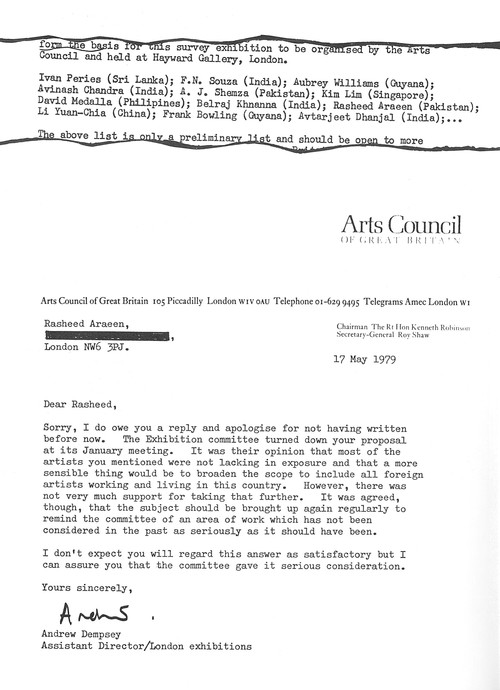 Letter from Andrew Dempsey to Rasheed Araeen, 17 May 1979
1 Document

Letter from Andrew Dempsey to Rasheed Araeen, 17 May 1979