Asia Art Archive collaborates with Guangdong Times Museum as research partner for the exhibition ‘Operation PRD: Big Tail Elephants: One Hour, No Room, Five Shows’—Big Tail Elephants Group’s first large-scale retrospective since its 1998 exhibition in Kunsthalle Bern, Switzerland. Complementing AAA’s archival research for the exhibition, a selection of material on the group from AAA’s collection is provided below, including publications, photo documentation of artworks and exhibitions, exhibition ephemera, manuscripts, and sketches.

The Big Tail Elephants Group was founded by three artists based in Guangzhou in the early 1990s: Chen Shaoxiong, Liang Juhui, and Lin Yilin, with Xu Tan joining the group shortly after. Its first exhibition was held in Guangzhou No.1 Workers’ Palace in 1991, and the group followed with yearly self-organised exhibitions, typically in unconventional exhibition spaces such as local bars, outdoor venues, and abandoned residential buildings. Each exhibition primarily showcased works by members of the group. Though Big Tail Elephants Group never officially dissolved, it was mainly active from 1991 to 1998, and the artists have worked independently since.

Although members of Big Tail Elephants Group did not create works collectively, constant dialogue within the group generated a synergy, expressed through a focus on methodologies, ideas around art creation, and social issues. Their work centred on cross-disciplinary experimentation through installation, video, and performance art that reflected their individual experiences. The work of Big Tail Elephants is considered to represent the anxiety derived from China’s urbanisation in the 1990s, offering a critique of the rapid change in social values generated by pop culture, consumerism, and the information age. The body of work by Big Tail Elephants spotlights a unique point in the course of contemporary art history on social issues, experimentation of artistic media, and exhibition organisation.

The Alterations and Extensions of 14 Sanyu Road, Guangzhou, 關於廣州三育14號的改建加建 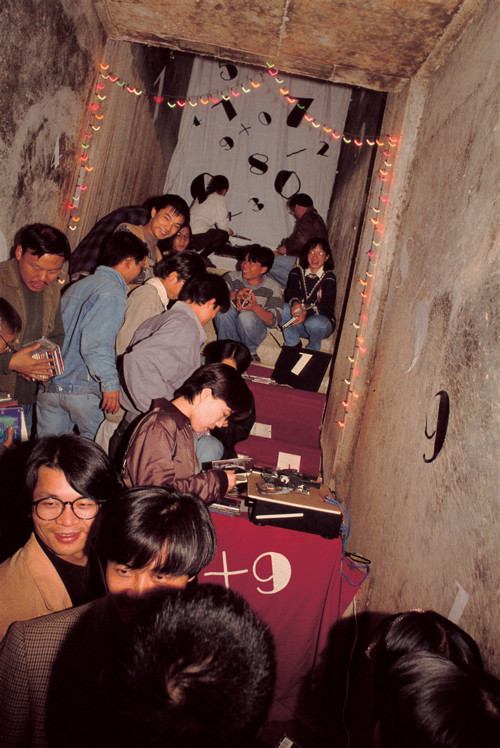 Construction of a Place and Ants, 產生空間與螞蟻

Goldfish in the Bathtub, 浴缸里的金魚 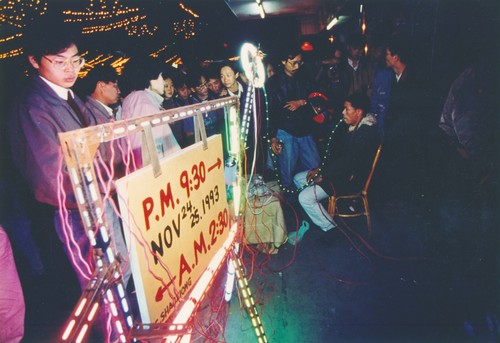 The Alterations and Extensions of 14 Sanyu Road, Guangzhou
1 Image

The Alterations and Extensions of 14 Sanyu Road, Guangzhou 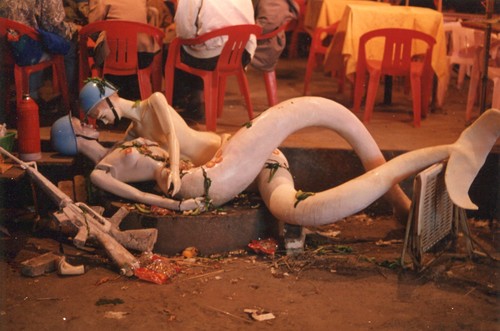 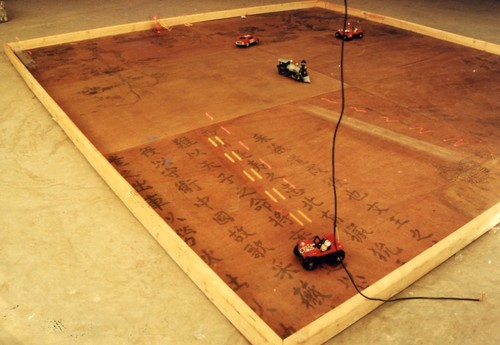 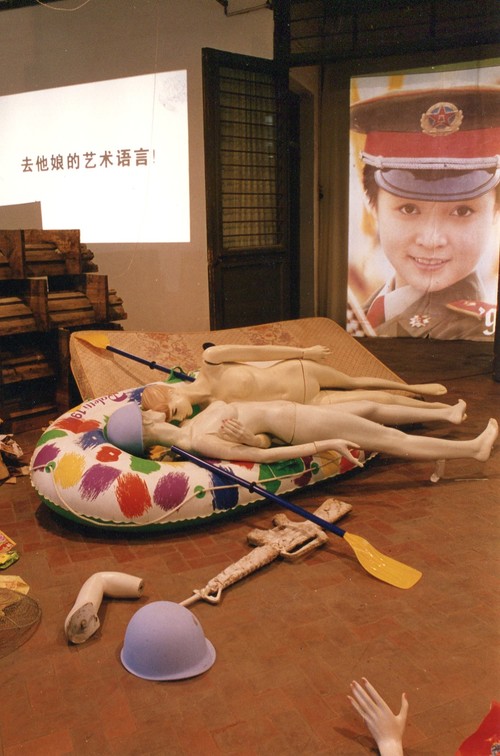