What is better than parties with friends for a few days and not worrying about work? I couldn’t stop thinking about this when I was in Macau last month for the exhibition Inward Gazes 2008: Documentaries of Chinese Performance Art and Performance Art in Asia at the Macao Museum of Art (8 November 2008 to 15 February 2009).

Inward Gazes was first held in 2005. Just like the first edition, which developed an intriguing strategy for acquiring work for its collection via open competition, this year the Macao Museum of Art again called for submission from artists in Hong Kong, Macau, Mainland China, and Taiwan. On receiving 219 entries from 106 artists,1 the Museum selected 38 works by 27 artists for the "Documentaries of Chinese Performance Art" component. The invitational exhibition was also extended to also include performance art in Asia.

The Macao Museum of Art is probably the first public museum in China to put performance art centre stage with a special exhibition, and the Inward Gazes project has indeed aroused attention in the field of Chinese performance art. The idea of canonising performance art in the museum system by merely showing documentation is one issue, and judging the quality of performance artworks by viewing photographs and video documentation, rather than via live performance, is another problem. Inward Gazes 2008, as in previous years, awarded four works selected by a judging panel of scholars, curators, and artists,2 and will even take two of the winning artists to the 53rd Venice Biennale in 2009.

I confess, as a performance artist myself, I surrendered to the temptation to have the chance to show my work on such a significant platform, despite resistance to the idea of such a competition. Performance art is an artform that often challenges and even subverts conventions or mainstreams, and has diverse styles and practices in Hong Kong, Taiwan, Macau, and Mainland China due to different sociopolitical and cultural contexts. For example, in Mainland China, performance art is not only regarded as an "unofficial"artform, but also—as Chengdu-based artist Zhou Bin said at the press conference—has been facing oppression in different ways. In fact, I have received messages from Mainland performance artists about various extreme criticisms of performance art, and performance art events being under police observation, etc., in the last few years.3 On the other hand, the cultural conflicts involved have been intensified by the social-political context of the term "Chinese"—artists from Hong Kong and Macau are experiencing a shift of identity in being part of China in the postcolonial era, whereas the artists from Taiwan are conscious of identifying themselves as Taiwanese but not "Chinese." As the first platform for Chinese performance art organised by a public museum, Inward Gazes has without doubt shown the Museum’s effort in recognizing and reinforcing the artform in the Chinese art community and in the international arena. In the light of the above challenges, I was particularly interested in seeing a general picture of Chinese performance art, and how artists from these different regions position themselves amongst each other. I hoped that having the chance to be on such an official platform would open up dialogues about so-called "Chinese performance art"with other artists, despite the fact that we do have other opportunities to meet at various festivals or exhibitions.

In fact, the blooming of performance art festivals in China and Asia has facilitated continuous and intensive exchanges among artists in the region and even internationally. This is supported by the wide range of archival materials found at the Asia Art Archive—festival catalogues, posters, and leaflets. Unlike seminars or symposia, performance art festivals are important occasions to generate critical discourse (despite language barriers and cultural differences) through the practice of an artform that emphasizes live performance and demands time-space experiences. That Inward Gazes is positioning itself as a documentation exhibition, and not a performance platform, is developing a new infrastructure to promote the artform and to facilitate exchange among artists.

Apparently the 2008 exhibition has not been as ambitious as the previous one, which tried to map and review the development of Chinese performance art.4 Instead of inviting only Chinese performance artists, in 2008 artists from Japan, Korea, Singapore, Vietnam, Philippines, Thailand, and Myanmar were invited to present documentations of their performances. In doing so, the organisers are attempting to open up dialogue and position Chinese performance art among other regions in Asia. However, from my own observation, during the three/four days of meeting in Macau, interaction was limited due to language barriers. Young artists such as Xing Xin tried very hard to communicate with artists from other regions through interpretation via friends like me. Some other older artists mostly socialised within the closed circle of Chinese performance artists. This problem is often seen at other performance art festivals but I wondered if the extension of an invitation to greater Asia was a goodwill gesture to facilitate exchange among Chinese and other Asia artists or an (unconscious) act of expanding the realm of the Chinese-centric performance art field.

Inward Gazes 2008 was organised in a rather open and careful way, and the curator did not try to interpret the number (and contents) of works received or the representativeness of the invited artists and their region. What general observations could be made from the submitted works? Compared to Inward Gazes 2005, this year’s award winners are all of the younger generation and geographically evenly distributed. The four Merit Award winners—Pak Sheung-chuen Tozer from Hong Kong, Guazi (Liu Cheng-rui) and Xing Xin from Mainland China (Beijing and Chengdu respectively), and Effe Wu from Taiwan—were all born in late 1970s or early 1980s. Guazi and Xing Xin both presented their ascetic action of strenuous efforts in their work, whereas Tozer Pak and Effe Wu satirised actions such as breathing and smiling in the context of everyday life. Also, there were only four female (15%) artists’ works selected among 23 male (85%): a decreased percentage compared to the 2005 exhibition.5 Of course, such small-scale figures cannot represent the whole picture because not all performance artists submitted their work, but these figures could at least suggest the proportion of gender and geographic distribution within the field. Additionally, other issues such as the cultural politics of performance art and the socialpolitical context of works were not formally and openly discussed during the three days of the exhibition opening.

Thanks to the generous support of the Macao Museum of Art, I participated in the Inward Gazes exhibition and had a great time with my artist friends. Parties are always great fun—or as one of the artists commented, what a great chance to meet all these friends without the need of doing performances. As an artist and a researcher in the field, I long for a pragmatic yet imaginative platform for more in-depth critical dialogues to open up possibilities of and facilitate the development of performance art in the so-called greater China area.

1. The entries were presented in the form of photographs and videos as requested by the Museum; objects or remnants were not accepted.
2. The judging panel comprised Wang Lin, Professor, Sichuan Academy of Art; Zhang Peili, Head of New Media Art Department, China Academy of Art; Seiji Shimoda, artist and Director of Nippon International Performance Art Festival; Lai Hsiang-ling, former director of the Museum of Contemporary Art, Taipei; Ung Vai-meng, Head of Department of Cultural Activities And Recreation, Official Provisional Municipal Council of Macau; and Antonio Conceição Junior, Advisor for Macao Museum of Art.
3. A recent example is a conflict in Song Zhuang, Beijing, where participating artists of the "Square Performance Open Workshop" were driven away violently by an anonymous group, and the incident was treated unfairly by the police. (See the "Square" event organiser Wang Chuyu’s blog: http://blog.artintern.net/wangchuyu/23063)
4. For Inward Gazes 2005, a one-day symposium on Chinese performance art, researchers from Hong Kong, Macau, Mainland China, and Taiwan presented on the development of performance art in their respective regions. Chronologies of these four places were presented in a box-set catalogue.
5. There were two artist groups (5%), eight female (20%), and 30 male artists (75%) in the Inward Gazes 2005 exhibition. 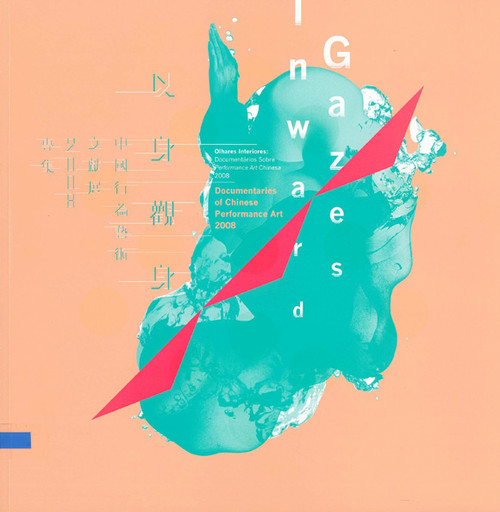