As analogies go, the forest and its diverse inhabitants couldn’t be more apt when thinking of the role that Spring Workshop has played within the arts ecology since opening its doors five years ago. When asked to contribute to this publication, I was immediately reminded of a passionate conversation about trees I had with artist Walid Raad. He recommended a radio programme about The Wood Wide Web, a term coined by scientists to describe the ways in which trees communicate and support one another through a network of underground roots, fungi, and organisms. Researchers were astounded to learn of the extent to which trees work together as a community and in cooperation, not merely in competition. Stronger trees send nourishment to weaker trees and share their resources with species other than their own.

In Ayurveda, one of the oldest holistic medicinal systems in the world, life on earth is governed by our environment, and within that, the changing seasons.  We are one with and part of this system. To maintain a balance, it is essential we learn how to decipher these ever changing forces. In setting out as a five-year initiative to address the current needs in the ecology, while at the same time predicting future developments, Spring Workshop’s contribution to Hong Kong was well timed and aligned with these larger forces. While there are obvious beneficiaries of Spring Workshop’s generosity—like Asia Art Archive—those that have benefited come from far and wide at a crucial time for Hong Kong’s art development and the overal development of a city and its people. During taxing times, Spring Workshop has offered a familial and inviting space to come together to explore both the poetics and politics of what it means to live today.  Looking back at the impressive list of artists and organisations that have worked with Spring Workshop, it becomes clear that few stones have been left unturned. From music to farming to gender to motherhood, all have opened up new questions to systems as we know them.

Every nine years, the cork tree is stripped of its bark with nothing more than an axe and two hands. Striped of its outer layer, the tree reveals a deep rust-like patina, transforming the colour of the entire forest. The cork is weighed, and then sold on to be processed and to inhabit another form, while the bark begins to grow again. Unlike the cork tree, output in the arts is not always so easily quantified, and what traces actually remain may only really be known many years on. However, like music, while not physically tangible, there are songs that remain with you throughout your lifetime—song that have shaped your appreciation of the world(s) around us. Love songs that keep coming back.

The title given to this short text is the name of a song from the play Nammalonnu (We Are One) recorded by Sumangala Damodaran. It is remarkable as an example of a grammar for new cultural expression of the music of the people in 1940s India. Sumangala Damodaran, Pritam Ghosal, Mark Aranha, Neelambari Bhattacharya, Billy from “mininoise,” Simon Hui, and Mimi Brown performed a concert of songs of protest at Spring Workshop as part of Asia Art Archive’s Mapping Asia project in 2014.

This text first appeared in Industrial Forest, edited by Eric Schuldenfrei and Marisa Yiu, published by Spring Workshop in 2017. Image: Cover of A Fictional Residency.

In 2013, as part of the programme Moderation(s), Spring and Witte de With invited Dutch writer Oscar van den Boogaard as writer-in-residence. Over the span of a week, he led a group of artists and writers—Nadim Abbas, Enoch Cheng, Heman Chong, Doretta Lau, and MAP Office—to each produce a short story for immediate publication. Christina Li wrote an essay about being a witness to the writing, editing, and designing process.

A copy of the anthology of the resulting work, edited by Mimi Brown and Samuel Saelemakers, is available for download from Spring's website. From the collection record:

The publication is occasioned by Moderation(s), a long-term program that started in January 2013 and that stemmed from a collaboration between two international art institutions: Witte de With Center for Contemporary Art in Rotterdam and Spring Workshop in Hong Kong. Within this framework artist and writer Heman Chong was invited to steer and moderate the program. Spring and AAA co-presented the programme Singing Resistance: A Musical Performance with Sumangala Damodaran, which was part of Mapping Asia:

Sumangala Damodaran, along with Pritam Ghosal, Mark Aranha, Neelambari Bhattacharya, Billy from 'mininoise', a grassroots folk band in Hong Kong, and Simon Hui from the Hong Kong New Music Ensemble, performed a concert featuring songs from India's anti-colonial and immediate post-colonial resistance movement. The songs, in six Indian languages, have been archived and interpreted by Damodaran, and belong to the tradition of the Indian People's Theatre Association. The songs cover important historical events like the Second World War and the Bengal Famine, and reflect impulses and influences from various Indian, world musical, and poetry traditions.

In addition, the programme incorporated songs of protest from Hong Kong as we considered the universality of song as an expression of resistance.

The concert also featured an introduction to a new project that Damodaran is involved in, which maps a family of melodies that were sung to express lament, separation, migration, and loss across large parts of Asia, Africa, and Southern Europe from the 7th to the 14th centuries.

A copy of the programme booklet with lyrics is available for download. 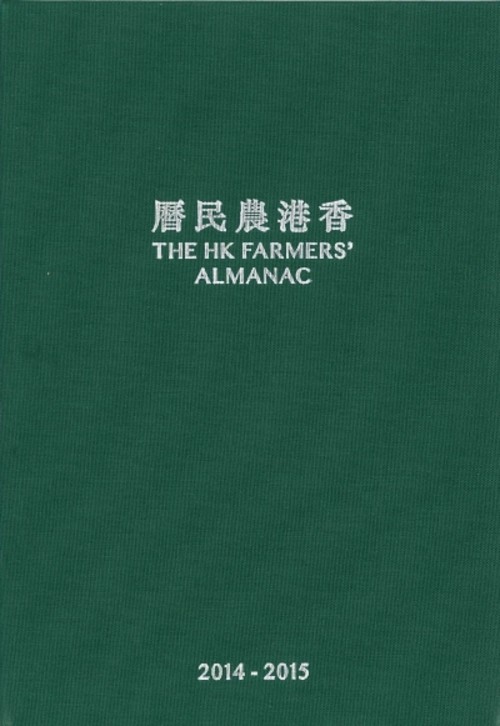 The HK FARMers’ Almanac is produced as a limited-edition volume-in-a-planter, to be shared among fellow agriculturists and other nurturing souls. While the entire volume has been printed in a limited edition of 100, we encourage you to distribute and cross-pollinate the material as far and wide as possible.

The HK Farmers' Almanac, as well as digital documentation of the programme, is available for download. Editors Christina Li and Heman Chong invited "artists, curators and writers to take stock of and elaborate on their obsessions, fascinations, and influences in the suspended moment offered by this publication." Image: Cover of Without Trying.