Li Xiaojiang reflects on her work at the Women’s Culture Museum and the Women & Gender Studies Archives in Shaanxi, and the need for new ways of understanding history that centre women’s overlooked cultural legacies

Image: Patterned quilts with words of love, called zi hua bei. Collected from Fuchuan County, Guangxi. This quilt was made by a woman whose husband was illiterate. She weaved her discontent into the back: "Oh, how I hate Yue Lao for wrongly authoring the book of marriage..." Courtesy of the Women’s Culture Museum and Li Xiaojiang.

It’s worth noting the different connotations that, traditionally, in the Chinese language, distinguish “documents” from “relics.” Documents are associated with words and historical research, and their value is often tied to ancient inscriptions. I want to move beyond this understanding by defining documents similarly to “relics,” no longer limiting it to words and texts. For only by looking at human activities more broadly, including their material cultures, can we begin to understand that something like needlework and weaving (zhen xian mian zhi) have as much value in the study and recording of history.

In earlier periods, pens and ink were only used by male intellectuals; and the gendered characteristics of writing have been overshadowed by their associations with class. The biases against the apparently feminine nature of needlework and weaving (zhen xian mian zhi) are apparent; in contrast, for historical records or producing “great works,” written text was irreplaceable. Indeed, seen as part of everyday life and irrelevant to politics and society, needlework and weaving were deemed unworthy for discussion in history books.

History has been written by men, and value judgments are often male-centred. Inevitably, archives and museums across the globe have serious gender biases. Archives rarely have a category dedicated to women and there are very few documents depicting the lives of women. For a long time, these documents were not considered important, existing on the fringes of different areas of study.

More than 200 years have passed since the start of the feminist movement; and the academic reconstruction prompted by feminism has been ongoing for more than half a century. However, few changes relating to engendering documents have been witnessed. The root of the problem is that historical documents carry implicit gender bias, leading to a vacuum in the understanding of humanity.

Image: The exhibition hall of bridal dresses. Over one hundred from fifty-six ethnic groups were showcased, reflecting their various hopes and dreams. Courtesy of the Women’s Culture Museum and Li Xiaojiang.

The Women’s Culture Museum and the Women & Gender Studies Archives at Shaanxi Normal University were established to correct this wrong in history, help women understand themselves better, and accumulate historical resources for women. To revolutionise traditional concepts in the study of history, we are advocates of a new view of history based on redefining “female documents.”

With women placed at the centre, we call for a new understanding of the historical value of relics through fieldwork. Regardless of the medium, the relics left by women are seen as “female documents.” Not only do they provide rich materials for the study of women’s history, they also lead to new viewpoints and areas of study in so-called “big history.” During our research, we have discovered that women’s cultural legacies are evident in different areas, including the history of everyday life, the history of tribes and nations, the history of spirituality, human emotions, and the development of aesthetics.

Image: Garments of the Baikuyao ethnic group. Collected from Nandan County, Guangxi. The motifs embroidered on the back of the tops depict the history of how they found their ancestral land. Courtesy of the Women’s Culture Museum and Li Xiaojiang.

Among all “female documents,” needlework and weaving (zhen xian mian zhi) are of central concern for us, with each of its four elements examined separately: needles (zhen), sewing threads (xian), cotton (mian), and weaving (zhi).

The needle (zhen) is a tool invented to produce fabrics, and its existence preceded words, pens, and ink. Indeed, needles can be seen as indispensable for “documents,” helping us better understand prehistoric human activities. We are not sure whether needles were invented by men or women, but it’s undeniable that needles have been used mostly by women.

Archaeological finds show that bone needles were first used. Bamboo needles came next, written as 箴 with a radical denoting bamboo. Over time, we began to use needles made of metal, 鍼, with a corresponding change in the radical—material changes reflected in the Chinese characters themselves. Moreover, both 箴 and 鍼 have the same pronunciation as “needle” (針) itself; and the “language of needle” (針言) is pronounced similarly to “proverb” (箴言), which also sounds similar to the “language of truth” (真言)—with the three implying each other back and forth. Indeed, needlework was a common way for women to express their thoughts and emotions, just like writing documents. As illustrated in the poem “Song of the Wanderer” from the Tang Dynasty (618–907), needlework was a metaphor for motherly love unable to be expressed through the pen.

Throughout the ages, a variety of materials have been used to make threads (xian), ranging from linen, silk, cotton, and synthetic fibre. Supple and extendable, threads can be seen as allegories of women’s role in extending the chain of life. In the history of humanity, the shadow of threads is everywhere. Meanwhile, silk floss (mian), which is often mentioned alongside needles (zhen), has double meanings. Traditionally, it refers to refined silk, which is meant to be kept for a long time. There is a Chinese idiom, “the needle hidden in silk floss” (mian li cang zhen), meaning sinister intentions can be found in innocuous actions. Through this idiom, the daily objects used by women have become metaphors in the discussion of values and morals. In the modern Chinese language, “mian” is no longer about clothing materials; it is used to describe continuity in a gentle, resilient manner, extending into various spiritual or intangible meanings with gendered connotations.

While there are a range of characters that contain the radical for “silk” (糸, si), “weave” (zhi) is perhaps the most versatile: it can be interpreted in myriad ways and it has clear gender connotations. The Chinese expression “men farm, women weave” (nan geng nu zhi) shows that weaving (clothing) is given equal weight to farming (food), with weaving as the basis of the being of women. Fabrics are not objects devoid of humanity—they are the carriers of human history.

The traditional form of the word “weave” (zhi) also contains a semantic component, “shi.” “Shi” originally referred to the rehearsals of phalanxes and, by extension, changes in patterns or shapes. In Chinese, “weave” (zhi) is used both as a collective noun of fabrics and textile (Shuowen), and as a verb that describes the process of creating fabric patterns. When women weave, they are like military generals, planning and strategising. Indeed, “weave” (zhi) can be used in multiple ways, for example in the compound words for “flag” (qi zhi). From fabrics to organisations, needlework and weaving can be used as historical documents chronicling everyday life, techniques, art, and aesthetics.

In the past, it was assumed that women were not included in the writing of history; but in actuality, this is not true. We didn’t find the right way or pay enough attention to the relics and legacies left by women. Now, if we view history based on this “female documents” approach, we would be able to see different aspects of history. Taking needlework and weaving as examples, they are important “female documents,” and a significant tool for expression. Compared to conventional documents, different tools and formats were used and we would need different ways to interpret “female documents.” Using pen and ink, men chronicled events with words and sentences. Using needles and threads, women wove the fabric of intimate and collective memories.

No matter whether it’s a personal chronicle or the hidden memories of a nation, they all carry important historical messages. We need new points of view and ways to better understand and interpret these messages. In the past, generations of academics have devoted themselves to studying texts and books, and little attention was paid to the creations of women. The situation has changed today.

The idea of the Women’s Culture Museum was developed in 1990. After thirteen years, the museum opened to the public. It has a collection of 1,400 exhibits, including the ancient script of nushu, embroidery samplers, paper cuttings, steamed flowers, patterned quilts, birthing tools, ethnic objects, and wedding gifts. In our eyes, these exhibits are representative of “female documents.” For example, more than one hundred bridal dresses of fifty-six ethnic groups are showcased, reflecting their various hopes and dreams. Women of the Baikuyao ethnic group wear embroidered tops, while men wear white shorts tied with a red cloth. The clothing depicts the history of how the Baikuyao people found their ancestral land. Without using any words, the belt attached to the skirt worn by women of the Dai ethnic group tells the legendary origin of the Dai people. The heroic dreams of the Nashi people are narrated in their embroidery.

How do we collect these “female documents” scattered in every corner of life yet vanishing at a staggering rate in a wave of modernisation? How do we preserve them? How do we understand them? How do we explain them? In order to tackle these issues, we started building the Women & Gender Studies Archives. We have been searching for relics left by women of ancient times; we have been collecting books written by contemporary women; we have been gathering epitaphs for women of different ages since the Han (206 BC–220 AD) and Tang (618–907) Dynasties; we have been collecting information about women and their daily lives scattered in regional histories. At the same time, we are also using conventional historical documents. Lianshi, a historical text which is also called the encyclopaedia of women’s life, is used as a basis to organise the findings of our predecessors and rediscover the value of “women documents.” Given the enormous amount of relics left by generations of women, this is only the beginning of a daunting task. But after all, we have already embarked on this journey.

Li Xiaojiang is Special Researcher at the Institute for Advanced Studies in Humanities and Social Sciences, and Honorary Director of the Women’s Culture Museum at Shaanxi Normal University. Since the 1980s, she has contributed pioneering work on women’s studies in China, and has been as a visiting scholar at McGill University, Harvard University, Ochanomizu University, and Nara Women’s University. She served as Chief Editor for Chinese Women’s Oral History in the 20th Century (2003), and contributed to Engendering China (1995–2000) and the Women’s Studies Research Series (1987–92). Her recent monographs include Archaeology in Mind: Spiritual Archives of New China’s People (2014), Dialogue with Wang Hui: Case Studies of Scholarism in Mainland China (1990–2011) (2014), and Women’s Utopia (2016). 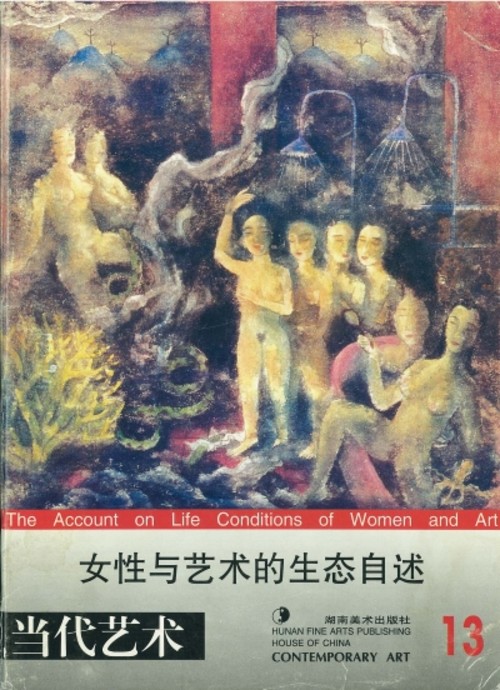 Contemporary Art: The Account on Life Conditions of Women and Art
Reference

Contemporary Art: The Account on Life Conditions of Women and Art 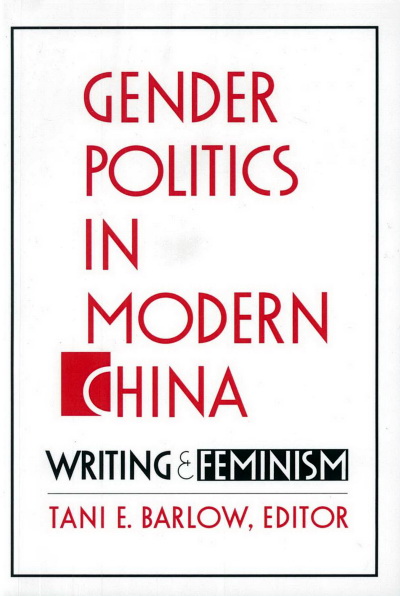 The Question of Women in Chinese Feminism
Reference

The Question of Women in Chinese Feminism