It is nearly three years that I have been working on this project as curator. The initial idea of the project was born in discussions between Vishakha Desai, now President of the Asia Society, and Gary Dufour, Deputy Director at the Art Gallery of WA. Following a round table discussion in New Delhi in 2001, they invited me to work on the project. From the outset, the brief was to propose an exhibition that would look at urban, gallery-based practice as well as popular culture, rural and folk art: a very ambitious project given the internal diversities in Indian culture. I travelled across India over three months in 2002–3, and again for a month at the end of 2003, with support from the Gordon Darling Foundation. It was an intense period of research, and involved in excess of 150 studio visits, in addition to galleries and art institutions. My journeys took me from Canberra in the southeast of Australia, to Mumbai, Pune, New Delhi, Baroda, Bangalore, Kolkata, Shantinik etan, Trivandrum, Kondagaon, Jagdalpur, Bhopal, Midnapur, Chennai, and Mysore.

The exhibition presents the work of contemporary Indian artists to audiences in Australia, the United States, Mexico, and Canada. The thirty-six artists and two collectives in this selection come from a wide range of generational and social contexts, and their work spans professional, material, and disciplinary boundaries. The oldest among them was born in 1924, the youngest in 1976. Of these, there are some who have rarely strayed outside their district, and have never participated in the cultural life of India's university-educated elite. There are others with de-facto world-citizenship, and major international reputations. Some have written books and taught generations of art students, while others have never been past primary school. A few don't even identify as artists, no matter how broadly that category may be defined.

While embracing these diversities within the frame of a single exhibition is significant to this project, Edge of Desire does not pretend to a "potted history" of recent Indian art. Rather, it is hinged on a particular—and necessarily partisan—perspective on recent history; it results from a specific intellectual and emotional investment in the field. While aspiring to speak to a diverse audience, this exhibition offers an invitation to enter into the dialogues and arguments presented here, through a selection of work that is as polymorphous as it is sensual, challenging as well as uplifting. The questions that the artists represented here are concerned with are not only significant in India; they have something to do with the purposes of art in the world today.

The decade (roughly 1993–2003) addressed by this exhibition has been a time of upheaval in India. Within a national framework, this decade has seen the undermining of certitudes and aspirations fundamental to the struggle for self-determination and the establishment of a secular, socialist democracy. Meanwhile, this period has also seen a growth in India's international prominence as a military, economic, and technological power. These factors have inevitably influenced major changes in visual culture.

While it is possible to fetishise the plurality and the fantastic spectacle that characterises visual culture in India, it is not my intention to use art to illustrate this decade in the manner of an ethnographic exposition. This would only play into the commodification of the contemporary to feed the ocular desires of institutions and audiences in the developed world. Nor does this project indulge in "ambulance chasing". Instead, I have chosen to ground the argument of this exhibition in the interplay of two binaries: historical processes of globalisation and fundamentalism, and ideational forces of place and desire. Reciprocities and causal linkages are implicit here: fundamentalist claims to place are fed by insecurities wrought by globalisation and its accompanying exposure to other economic and cultural forms. Concurrently, internal tensions generated by rising economic inequalities and perceptions of inequity en route to economic restructuring have led to a retreat into racial, religious, and regionalist specificities in an expression of a desire for cultural security and purity.

Place as a marker of location, of belonging and identity, is a complex accretion of factors ranging from gender and sexuality, language, class, caste, and religion to education and market access. Location as an act of choice or a force of circumstance forms the matrix for our comprehension of individual subjectivity and how it addresses the world. And while place and location afford a measure of belonging, they also convey a sense of limits: together with positive aspects of rootedness and empowerment, a physical, cultural, or historical locus also implies boundedness, containment, and limitation.

Desire and longing are corollaries to a sense of place and location. Desire as a category of the imagination has always played a major role in the ways individual subjectivity addresses itself to the world. At one level, all art making has to do with the desire to transcend boundaries of the self and of historical location. Articulated variously in terms of sexuality, spirituality, politics, language and the use of materials, desire and longing span the gamut of human activity, from the gutter to the heights of epiphany. Desire forms the necessary condition for creative endeavour. Desire is also volatile and susceptible to perversion. It has a double edge, with the potential for violence always near at hand. Longing can manifest in the will to power-over ideas, places, objects, and persons. Place and desire thus emerge as primary factors in a complex of relationships through which human beings engage with the world.

India is notoriously a multiverse of often-conflicting realities. Extreme conditions routinely coexist here, famously manifesting sensory overload, for seasoned inhabitants as well as visitors. The nation's recent history has been dominated by forces that seek to regulate this plurality: the twin exigencies of economic globalisation and political fundamentalism have distinctly altered relations of power, cultural identity, and aesthetic values both within and between communities. Across the globe, these exigencies, coupled with regimes of repeated reification—played out through over-saturated media that reduce reality to spectacle—have drastically transformed the ground rules for engagements with alterity.

The role that the artist may play in this network of over-determined signification shifts constantly between that of sham/shaman and witness/confessor. Much contemporary art practice, executed tongue firmly in cheek and irony perpetually writ on the brow, seems to reflect this. Some works play with "faking it," casting the self as pretend representative of ideas or communities. Others rely on the dream of life-transforming action (when such transformation is manifestly already impossible). Occasionally, they essay the more earnest role of the witness, much like Walter Benjamin's angel of history, who is blessed with some paranormal or mystical faculty of vision that pierces through the veils of history. It is also this assumed, illusory, elusive vision that allows artists to play the role of confessor and healer, or of the fool who speaks the truth, albeit through subterfuge and humour. 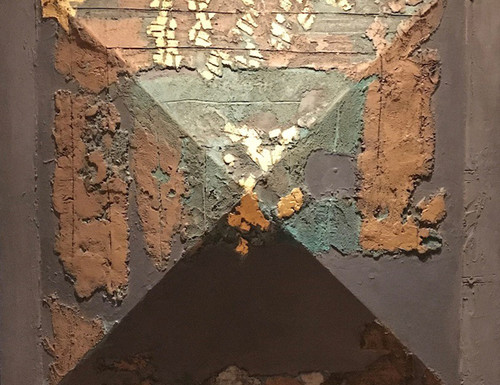