AAA: You seem to have a journalistic approach in many of your works, such as Scene, A Decade After, The City Rises and After the Thaw.  How did you come to adopt this point of view for your artistic expression?  Was there a major influence?

Tomoko Yoneda (TY): You could say it is due to my prior interests.  I intended to study journalism in America, but during the course I changed to study photography instead; I was intrigued by its instantaneous character of expressing thoughts and openness of imagery more than I was by the written word. I do not see my work as journalistic. I try to minimise sentiment and subjectivity in my photographs. I like to keep the subject as real as possible, to be accessible for the viewers. I am interested in individuals’ reactions to the subject, based upon their own background and history.

Also, since childhood, I have always been interested in history and prefer non-fictional stories; history is continuously reflected in our present lives and moulds our perception.

AAA: Apart from the journalistic, documentary quality, your photographs also convey a sense of narrative, especially in The Parallel Lives of Others: Encounter with Sorge Spy Ring, or Topographical Analogy in which you adopted a black and white, misty, almost nostalgic perspective.  Could you talk about that?

TY: I could say The Parallel Lives of Others and some images from Topographical Analogy are more narrative than my other series. I intentionally made The Parallel Lives of Others fuzzy to make it look just like captured moments of a spy’s fleeting memory of their first few uncertain moments at a secret meeting. Topographical Analogy is one of my earliest works and comprises stories that are evoked by the perceptions of the viewer. The subjects in these images are chosen not merely for symbolic reasons, but also because they consist of multiple layers of memory. An object introduced into a space was a reaction to that space and created a new narrative. Both of these series still have the same basis as my other work: history and traces of memory.

AAA: Your work focuses heavily on history and collective memory, but you have picked locations that differ significantly from popular images that usually represent the ‘tragic past’.  What does history mean to you?  What kind of ‘history’ is it that you’d like to map out and communicate to your viewer through your photographs?

TY: History is not only apparent in tangible monuments or buildings, but also expresses itself impassively in various intangible ways. History surrounds us, in the blue sky, the blue sea, the woods, the fields and the city streets; it is already engraved upon the strata of landscape where we are born but it appears quiescent and disconnected from our thoughts. However, its shadow communicates itself with the awareness stored within our experiences, entering into the depths of our vision and dwelling in our daily lives. History is interpreted along a variety of vectors; viewing images of battlefields or tragic acts is considered the only way of experiencing the true violence, evil or tragedy and some people avert their eyes from them. However, these images often appear in our daily life. The shock we receive from these seemingly inconspicuous, marginal traces, or the negative scars that lie close to hand, can be enormous. Nevertheless, the comparison of the past with the present will lead us to renewal and hope.

AAA: Following on from the last question, what research tools do you use to dig out the relatively unusual locations and stories, and why do they fascinate you?

TY: I explore all sorts of avenues for my research: books, the internet, newspapers, films, talking to people and also visiting the British Library and the National archive. The locations are not all unusual places but some relate to particular discourses with Japan and current conflicts. With research and accumulated information and images of the events in my memory, I like to visit and witness the actual places – I am startled by the normality of locations that once were the scene of momentous events. Tragedy happens in our daily life.

AAA: In many of your works, especially in the series Beyond Memory and Uncertainty (American B-52 returning from a bombing raid on Iraq, Fairford, England), there is a sense of the vulnerability that we have been experiencing in the modern world.  Is this what you are expressing in your photograph?

TY: Yes, it is. When I witnessed the B-52’s in a beautiful sky above a perfect English country side, I could not hold onto the idea of us having tea or laughing as we would normally, while above us the bomber was busy coming back from killing.  We cannot ignore the fact that we are part of what is happening in the world, even just breathing in daily life…we cannot ignore the fact that we are always part of the bigger picture.


AAA: Out of curiosity, can you share some of the stories of how you go about borrowing spectacles from some of the most influential cultural icons of the last century in Between Visible and Invisible?  And who is the next person you will select for this ongoing series?

TY: Well, first of all, many researches are needed to locate the spectacles. Secondly, I exchange letters and e-mails to explain my project — it is not guaranteed to get permission as sometimes people are frightened by the idea of precious glasses being handled by an anonymous artist like me! What usually happens at the photo shoot is that the people at the museum or archive are very nervous so they watch me like a hawk, but only for half and hour or so as they get bored. Finally I am left with the objects in solitude! Sometimes finding the glasses is a lengthy process; one letter leads to several contacts over different continents before eventually discovering the actual location of the spectacles.

There is one pair of spectacles I want to do, and this project has been going on for a number of years… I am not sure it will be possible as it involves several major hurdles, politically speaking.

Le Corbusier had many pairs of glasses I could choose from, and on the other hand Gandhi’s glasses in New Delhi are deteriorated.  It is fascinating to be able to hold objects that once belonged to the people who made an impact on our history. The owner of the spectacles is not there, but certainly I feel their presence through glasses.

AAA: You now work and live in London.  What does it mean for you as a Japanese person?

TY: London is a great place to live, especially because it is the international centre for gathering information. I think Britain offers the best open access to information. Of course I feel more Japanese here than living in Japan and it enables me to be objective about my own country, to look at it from outside, which is very good.

AAA: You recently had a large solo exhibition at the Hara Museum of Art in Tokyo and you have also participated in many group exhibitions around the world.  How would you compare the different audiences?

TY: It is always interesting to hear different reactions to my work in different places. Some of my subjects create a greater reaction in particular countries, and I think difference in age and sex are part of it, too. It all depends on what background you have. Europeans react more to local events than, let’s say, Asian subject matter. Familiarity always forms a part of an individual’s particular view on history, too. I am not pressing any doctrine on the audience through my photographs; rather I am providing a medium for the audience to discuss the subject.

AAA: In the book Pages in the wind: a reader -- texts chosen by the artists of the 52nd International Art Exhibition, you have selected the poem ‘The End and the Beginning’ by Wislawa Szymborska and your solo exhibition at Hara Museum of Art is titled ‘The End is a Beginning’.  Is there a relationship between the two?  On a separate note, how do other art forms, such as literature, or other artists in the visual arts, such as Umberto Boccioni from whom you borrowed the title for your series The City Rises, inform your work?

TY: I think the Szymborska’s poem, ‘The End and the Beginning’, describes the core notion of my work, which is a question about our “existence” created with memories and “traces” of past beneath the invisible. I also sympathize with her anti war view, which is not aggressively vocal, but subtly weaved into her text.  I did not borrow her title for my exhibition. The title for the Hara exhibition, ‘An End is a Beginning’ holds many meanings: the interpretation of history as continuous events; the end of one event leads to the beginning of another conflict, even though it sounds rather pessimistic, but I also wanted to include an optimistic meaning as the ending means renewal, and a new beginning for the future.

All art forms are reactions and an expression of the artists’ perception to the times in which they live. The expressions are raw, but their interpretation also evolves in different times. Art is an important part of life and it is made with intricate layers of human experience. To understand the present, we need these works of art as clues. 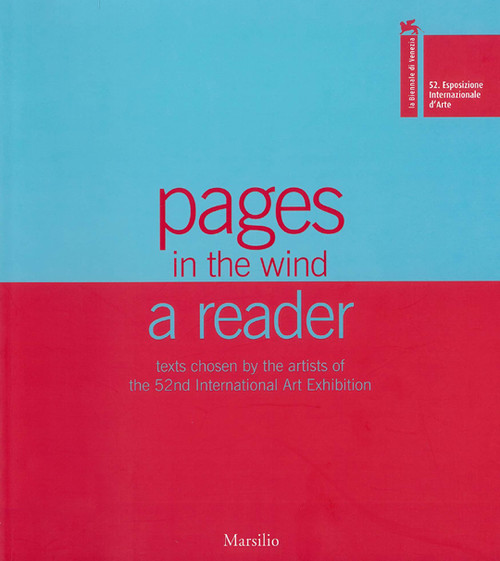