Susan Acret: You grew up in Beijing and did not leave China as a number of artists did during the 1990s. How has this impacted on your art practice? And how has Beijing changed over the past ten years?

Zhan Wang: Actually, I did try to go abroad to study during the 1990s. I chose a sculpture college in New Jersey, in the United States. I did not get a letter from them accepting my application, so I thought they had rejected my application. I lost hope and tried to live my life in China. One year later, the college sent me a letter, asking me why I did not reply them. At that time I realized that the previous letter had been lost. By then I had made up my mind to develop my career in China, so I replied to the college, giving up this last opportunity.

Since 1993, I have put all my efforts into creating works. At that time, I had my first solo exhibition, which showed my series Mao Suits. My entry point for these works was the relationships between the self and society. In 1994, I noticed the large-scale rebuilding of Beijing city. I moved my focus to the modernization of Beijing. During this period, Beijing and I went through the same confusion, chaos, perplexity, development and changes. During this interaction between the city and its residents, I started to form my artistic pattern. I see this changing process as a period of transformation, where all kinds of emotions are involved. I adopt some methods of conceptual art, combining these with the medium of sculpture, with which I am most familiar, to development my artistic experiments.

Your work charts a path between the traditional and the contemporary, in so far as your artificial Jiashanshi, or ‘scholars’ rocks’ are made from stainless steel, rather than the stone objects traditionally placed in man-made garden environments. How do you feel about the razing of the old and the reign of the new in China?

My first ideas are never about inheriting traditions. My inspirations come from my conscious or unconscious observation of Beijing. The true problem is everything we have is messed up—the stone in a peaceful traditional garden is abandoned in front of a modern skyscraper. The past is gone. There is no longer true literati. In this cunning and opportunistic period of transformation, one needs strategy and wisdom to regain confidence; one needs to distinguish ‘truth’ and ‘popular truth’, and to have insights so as to re-establish one’s position. I position the literati culture in today’s society by deconstructing all the visual experiences related to it, and I hope to express my attitude towards modernization. My self, my being is the centre. I can subvert, tolerate and borrow other things, but I am always the centre. So I won’t call it inheriting.

The reflections seen in your rocks are distorted ones. Is this an apt metaphor for many aspects of life in China today?

It’s not just about the condition in China; that is oversimplifying. The metaphor is actually one about the unrealistic imagination: that is to say, our natural ability for fantasy. This is a utopia born with our physical body, and opposite to that is the realistic world. Paradoxically, real things can be very illusory, and the illusions of the imaginary world are usually orderly and beautiful.

What do you think about the superstar status of the contemporary artist? You could argue that artists are becoming as famous and as sought after as rock and movie stars . . . Is this problematic for art? Or just symptomatic of living in a globalized, marketized world?

Everything is in process. If Van Gogh had lived to be 40 years old, he would have been a superstar. An artist goes through different stages in his life, including the market stage. To be popular in the market is the fortune of an artist. Should we celebrate an artist who dies at the age of 38 as a hero who hates money?

On the same topic, tell us about the placement of your rocks in Louis Vuitton stores in Hong Kong at the moment. The blurring of spaces for art occurs frequently today; is this a sign of the changing place of art and of the museum/gallery in the community?

You currently have a solo project at the Asian Art Museum in San Francisco. Tell me a little about that, and also about the major solo exhibition opening at the National Art Museum of China, Beijing, on 11 May, and the project at Long March Space in Beijing, beginning on 13 May.

I came up with the idea when the painter Liu Hong’s husband visited my studio. He used to work in gold mining in San Francisco. I wanted to invent a type of stone called the ‘San Francisco Stone’ (translator’s note: San Francisco in Mandarin is literally ‘Old Golden Mountain’, because a century ago many Chinese went there in pursuit of gold). The story behind this stone is the dreams of many Chinese people to discover gold in San Francisco. The title of the exhibition is ‘On Gold Mountain’. I want to express the meaning of a Chinese phrase: the things you walk for miles to find are usually just next to you.

‘Garden Utopia’, which will open at the National Museum of Art, Beijing, is an exhibition showing a series of works related to my Artificial Rocks series. The concept of utopia is overly politicized. Both the leftist’s utopia and the rightist’s anti-utopia work only for the purposes of politicians. They all make a fatal mistake: they consider people as ideological tools and ignore the biological needs of human beings. My utopia is a physical one. It is a desire of any time and place. It exists naturally in our mind, and can never be removed. I therefore use the word ‘garden’ to name it, as a non-political imagination. Moreover, I think such imagination is a universal one.

I am also making a new work in Long March Space, which does not have a lot to do with the two exhibitions mentioned above. In recent years I have often gone back to my hometown in Shandong to re-think the relations between my family history and the reality in today’s China. The genealogical chart of my family is one of the oldest in China. I can trace a history back 2000 years. My ancestor Zhan Jiqin is a saint. The temple that honours him has been damaged many times through its long history, purely because Zhan Jiqin believed in he (peace, harmony). However, the temple that honoured his brother Zhan Zhi, the ‘Saint Thief’, is never destroyed. I want to represent this phenomenon, which seems to be absurd, but actually reflects the eternal truth, by presenting to the audience the cycle of destruction and creation. The title of this work is 86 Divinity Figures. When I create the 86th statue, which is the last one, the other 85 statues will be smashed in Long March Space.

So, several of your works in the Beijing exhibitions deal with the idea of religion (Diety Medicine and 86 Divinity Figures). Can you tell me something about the ideas behind these works. Can you also discuss what role religion has in China today.

86 Divinity Figures doesn’t talk about religion, but ancestors (the statues of Chinese Taoism are usually the statues of ancestors). I made a mistake at first in calling the statues gods instead of saints. Saints, in China, are perfect people who morally surpass ordinary people. Such people do not exist, but the Chinese are usually willing to dream about the idea.

It is not true to say there is no religion in China. Religion in China is of many gods. It’s a religion of no religion, in which the spirit and practice are the same. This is very unique in today’s world. I would like to see if it can provide China or the world with a new possibility.

Your sculptural works may take the form of installation, performance or video. Clearly, your art is a means for presenting conceptual, abstract ideas in concrete form, and it seems you feel comfortable in using a variety of artforms to do this. Can you explain how you conceive your works, that is, what kind of process takes place when you are initiating a new project . . .

I usually start with observing, thinking, and discovering the pleasure of something. That is to see the meaning and absurdity, and start to design in my mind. It is like a blender, mixing up and re-constructing all the components. It is like a computer. Eventually, some day, unexpectedly, it all comes out, like shitting (sorry about the ungraceful language. I am altogether not a literati, but I know how to imitate a literati). The main point is that the process of stirring is very adventurous, and it takes a long time to get to the result. It is guaranteed to be new; like no one else has done before.

Can you comment on the art practice of the younger generation of artists in China today? How is today’s environment different from the environment you trained in?

It is totally different. Young artists of today start at a much higher point. They don’t have pressure from traditional art practices. They are free, unrestricted and confident, but they still lack money. This may be the only stress. I envy them, but it’s important that they understand their own advantages.

Translated from Chinese by Anthony Yung. 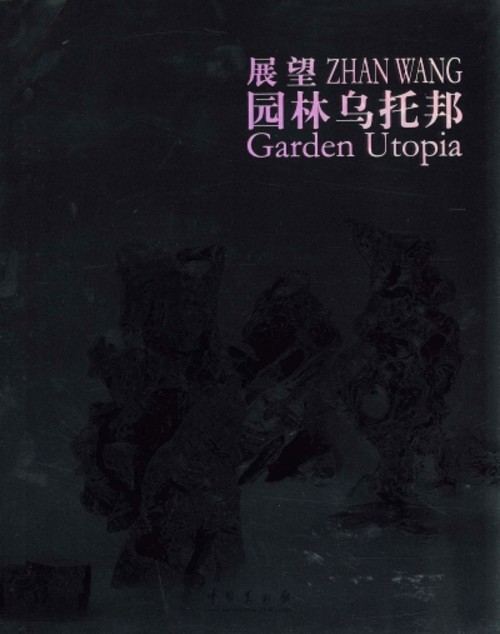