In a complex nation like India, its multiple linguistic spheres continue to be a point of contestation. Yet, if we take up the field of (art) historical and critical writing, the contributions of languages outside of English have been overshadowed. Very often, these are marginalised and represented as a supplement, or as "regional/vernacular" variants, of the national narrative. Keeping in mind this larger premise, these notes attempt to pose a few preliminary questions—to begin with, why we must contend with the multilingual nature of the art writing of India, and what its implications might be for the field at large.1 What will hopefully emerge are a few possibilities that may complicate the history and historiography of art history in India, its canons of criticism and modes of circulation. These notes, in other words, are an initial attempt at tracing the multiple trajectories of art writing in India.

English is the language of the national discourse of art history and criticism in India. At a general level, this has ties to histories of the English language in the nineteenth and early twentieth centuries—its hegemonic status as a language of governmentality, institutionalisation and pedagogy, civil society and the bourgeois national public sphere. With regard to the politics, history and role of language, the emergence of disciplines such as Comparative Literature and Translation Studies has led to complex articulations moving beyond the familiar "national-regional" terrain. We can see immense efforts made by various institutions through translation within the discipline of literature for instance, to bring forth the work of important literary figures from across multiple languages.2 It is important to note here that these efforts are largely confined within the domain of creative writing alone, and the rich culture of literary criticism within these linguistic fields is often overlooked. At the same time, it is now an acknowledged fact that there have been also vibrant discourses on aesthetics and art within this field, which are often much more engaging than some of the debates in English. But even today, a serious engagement with the "vernacular" intellectual milieu has remained peripheral to art history and criticism’s analytical, methodological, and structural concerns.

In the specific context of the field of art, the hegemony of English has ties also to the overarching national/international/global framework of its practices and histories, canons of criticism, networks of dissemination, and not to mention, its structural dependence on a market economy where the cultural capital of its members are determined/mediated through English as the global language. In any engagement with "vernacular" art writing, do we anticipate a confirmation or refutation of the mainstream narrative? Yes and no to both. The absence of acknowledging the "vernacular" intellectual milieu is more an indicator of the complicity of English and elitism in the very structure of the field of art. Although the "vernacular" could be seen to be oppositional to mainstream discourse, it in fact also has its own hierarchies, e.g., the dominance of Hindi language in North India.

In this context, periodicals are a productive site through which we can begin such enquiries. If we consider the last hundred years of the history of print capital, it is obvious that periodicals have played a vital role in defining what constitutes the "new" and the "contemporary," notions around the "artist," and also crucially, in the dissemination of images representative of modern and contemporary art. In particular, the width and spread of periodicals dedicated entirely to art critical and historical discourses are a site in themselves to examine. Apart from publications by the various state akademis and pedagogic institutions, there have been significant individual-run periodicals such as Chinha in Marathi (1987–90; 2001–ongoing) and Vrishchik in Gujarati and English (1969–73), and those by artist collectives such as Chihna in Assamese (1978–ongoing) by the Gauhati Artists Guild, and Nunkalai by the Tamil Nadu Oviya Nunkalai Kuzhu (1981–ongoing), to cite a few. The long-run of some of these periodicals that are exclusively focused on art are also indicators of their economic viability and a dedicated readership.

A different resonance of this can be seen in the so-called "popular" domain with periodicals that largely locate themselves in the realm of the literary and the cultural. Adopting themselves to forms of art critical writing, these and other wide-selling periodicals also became vehicles for visual literacy through printing images on center-spreads and covers, and their monographic introduction of "modern" artists. It is well-known that most of the practicing artists have been initiated into the field of art through the wide circulation of images of artworks and accompanying texts in such periodicals. While an endless number of them could be cited, some early examples of these are Ratnakara (1926–33), Satyakatha (1933–82) and Sahyadri (1935) in Marathi; Bharatbarsa (1913–c. 1953) and Bichitra (1927–39) in Bengali; Bharathi (1924) in Telugu; Hans (1930–56; 1986–ongoing) in Hindi; Vismi Sadi (1916–20) and Kumar (1924–ongoing) in Gujarati, etc.3

Apart from this, an important phenomenon to address is the "little magazines" which are short-run and financially self-driven initiatives undertaken largely by the vernacular intelligentsia. Especially between the 1950s and 1980s, various "little magazines" emerged at crucial historical junctures, signaling disillusionment with both state and private institutions across sociopolitical and cultural realms. Calling into question established ideas around art, literature, and representation itself, "little magazines" have only recently been recognised for their definitive roles in shaping contemporary sensibilities and as significant markers of crises in various fields, historical times, and geopolitical locations. There are too many to enumerate, but some initiatives include, Manikodi (1932–39), Ezhuthu, Nadai and Pragnai (1960s) in Tamil; Shabd (1954), Fakt, ABKDE (1960s–70s) in Marathi; Kallol (1923–30), Ekshan (1962–80s) and Nandimukh (1960s) in Bengali; Aarambh (1967–69) and Aakar (1977–c. 1981) in Hindi; Manisha (1950s), Kshitij (1960–c. 1964), Uhapoh (1969–c. 1974), and Sayujya (1983, 1985) in Gujarati; and Sameeksha (c. 1959) in Malayalam. The artist-run, bilingual Vrishchik must be mentioned here for its engagement with the aesthetic sensibility of the periodical form itself through making the periodical an arena for artistic experimentation in design, typography, and printing technologies.4

Here, we must also point to the fact that many periodicals emerged from semi-urban areas and small towns, thereby knowingly or unknowingly having already decentred the field of art.5 Akin to this, the publication of periodicals in the case of languages like Hindi and Urdu from across different linguistic regions only further complicates the predominantly metropolitan narratives/terrains of art writing.6 Indeed, more than academic discourses decentring art from the metropolis, these initiatives, whose contributions are largely undermined, have historically decentred the field, and the function of historiography will be to assess their impact. We only get a glimpse of this from artists hailing from such towns and semi-urban areas, but no historiographical study as such exists. Another area that is waiting to be explored regarding periodicals is to determine their role in pedagogy, particularly within "vernacular" milieus of art education.

In other words, any stepping into the "vernacular" intellectual milieu must necessarily not seek to reinstate the predominance of English, but rather aim at deterritorialising the language sphere itself. This will involve an engagement with crucial factors such as the interrelationship of languages, their movements across geopolitical regions, the emergence of new literary styles and genres based on these movements, and patterns of linguistic and literary innovations. And while one modality through which such enquiries can be undertaken is in the writing of "specific" histories, this process certainly does not discount commonalities or shared histories and interactions. To a great extent, such and other enquiries will have to explore the very question of linguistic formations and the role of print histories/cultures in their constitution of public spheres. They will also have to address the relations of hegemonic languages to specific communities and thereby the articulation of cultural or aesthetic ideals. And most importantly, the histories of specific languages in their articulations of distinct "classical" cultural pasts must be read in their relation to other regions or the nation-state.

In this context, exploring the dimensions of bilingualism is one possible area of enquiry. For instance, many periodicals were bilingual or multilingual in nature.7 We also know of a long-standing practice where artists, art historians and critics such as Baburao Sadwelkar, Dinkar Kowshik, Asit Kumar Haldar, Ram Kumar, P. A. Dhond, J. Swaminathan, Dnyaneshwar Nadkarni, and Gulammohammed Sheikh, to name a few, wrote in more than one language. This is clearly illustrative of the seriousness with which they engaged the bilingual sphere. The task here would be in not merely analysing the similar or differing content of what they wrote in the two or more languages, but also in understanding the ways in which language functions as an enframing device through which certain modes of articulation were made possible. In addition to this, would be the work of locating the sites of writing and modes of circulation, the general nature of its discourse and the specific readership it addressed, degrees of pedagogic intent they carried, and so on. In other words, to inquire into the nature of this critical bilingualism would be less about an ability to speak in two or more languages but more about understanding the modalities through which language and its process of meaning-making are inscribed by various sociocultural, ideological and political apparatuses.8 Indeed, to undertake a historiography of art writing bearing in mind such bilingualism will also allow for a contextualising and complicating of the history, role and place of English within its discourse.

This text has been written in the context of Asia Art Archive's Bibliography of Modern and Contemporary Art Writing of South Asia project that compiled an annotated bibliography of writing on art across thirteen languages.

2. I am referring here to institutions such as the Sahitya Akademi and its regional manifestations.

4. Vrishchik was edited by Gulammohammed Sheikh and Bhupen Khakhar.

6. Hindi periodicals for instance, have been published from a number of towns and cities cutting across states, such as Hyderabad (Kalpana), Bhopal (Purvagraha and Kala Varta), Ujjain (Aakar), Banaras (Gyanodaya), Mumbai (Dharmayug), Delhi (Hans, Aajkal, Alochana, Dinman), Allahabad (Prateek and Madhyam), and Lucknow (Kala Dirgha), to name a few. 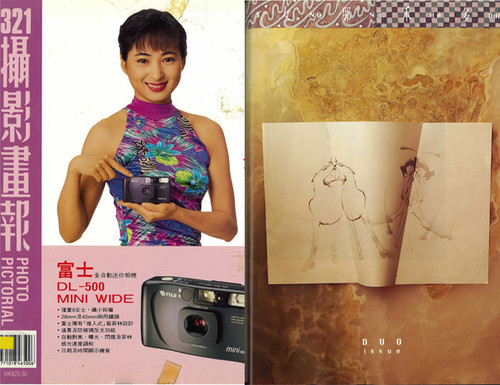 Take on Art (All Holdings)
Periodical

Take on Art (All Holdings)