Xie Congyang looks at documentation of No Room, a 1994 exhibition by the Big Tail Elephant Group In 1994, the artist group Big Tail Elephant staged their exhibition No Room at 14 Sanyu Road in Guangzhou, in a building that was soon to be reconstructed. At that time, I was seven years old, studying at a primary school located a few hundred meters away. Halfway from the building to the school, there was a bus terminal featuring a huge block of decorative stone.

Back then, I knew nothing about Big Tail Elephant Group or their art. That year, I was preoccupied with the fact that my classmate’s grandfather had passed away. There was a rumour the old man had become a vampire. It was said that if you walked past the bus terminal at midnight, he would appear upon the stone block and suck every last drop of blood from your body. A few years later I realised that this once terrifying story was a pure fabrication. That block of stone has remained unchanged. Every time I pass by it, I am reminded of my childhood nightmare.

More time elapsed before I learned about the Big Tail Elephant Group. Now, when I browse through the photos in the Hans van Dijk Arhive of that 1994 exhibition, I cannot help but imagine the images outside the building as well as that block of stone at the bus terminal. Like two parallel worlds, these two visions cannot merge. This can be read as an allegory about contemporary art in China during the 1990s: because experimental art activities were to large extent underground, even though these artists and I lived in the same physical space, they seem—at least to me—even less real than an unbelievable ghost story.

What I am most struck by in the exhibition is artist Xu Tan’s work, which comprises a few proposals for the building’s reconstruction in the near future: there are plans for a bookshop or a hair salon. These proposals did not circulate to the same extent as thousands of widely told urban fictions, yet both the work and the stories were anchored upon specific place in a changing world. They might at some moment in time disappear along with the site, forgotten.

At present, I work in the domain of contemporary art. I go to exhibitions, I visit artists, and I take photos of artworks. Nowadays, contemporary art in China has a substantial impact upon me and a large population of people. As part of AAA—a rich archive of the phantoms from a past not quite far away—I retain a feeling that contemporary art, as well as the world it is responding to, is always in a precarious position of becoming ephemeral. 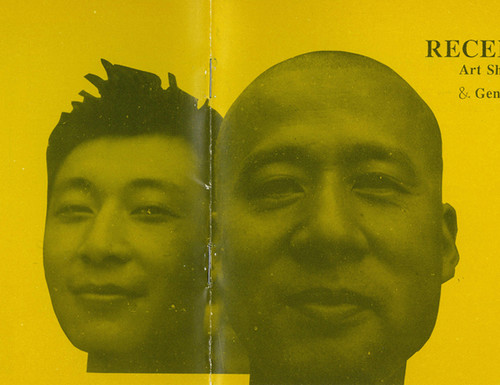 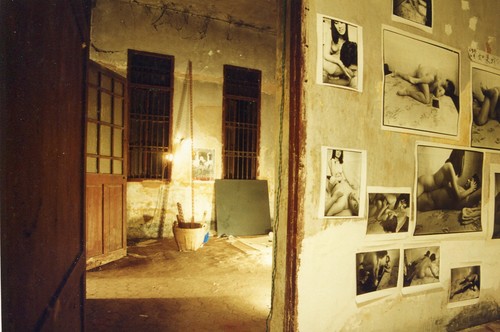 The Alterations and Extensions of 14 Sanyu Rd, Guangzhou (Exhibition View)