Shortlists offer thematic selections from AAA’s Collection, including overviews and annotations by invited contributors. The following shortlist by wen yau provides some historical context to artists engaging with activism in Hong Kong. Image: Artists staging an impromptu jamming during the Umbrella Movement, which unexpectedly relieved tensions among the occupiers, the police, and counter-protesters. Protesters were consequently able to reoccupy Nathan Road. Courtesy of Nanxi.

Dubbed “the most polite protest” by international media, the pro-democracy Occupy/Umbrella Movement (2014) in Hong Kong attracted global attention with its creativity, energy, acts of civil disobedience, and also through its spectacles of performative protests—aspects of which could be seen, for example, in the presence of occupiers creatively negotiating their use of public space, or in the protesters’ improvised gestures during life-threatening situations (most notably during the tear gas shootings). Sometimes referred to as “cultural activism,” the appropriation of artistic forms for the Umbrella protests did not appear out of the blue—indeed, they can be traced back to a series of campaigns for political and social change that might better be understood through the lens of performance studies.

We can call these recurring forms of direct actions a repertoire of protests and art activism. Drawing on Diana Taylor’s notion of “repertoire,” which “produce and transmit knowledge through embodied action,” it’s worth investigating how such recurring ephemeral acts have been adapted for specific situations (and transmitted to other contexts) through the embodied participation of protesters. With a focus on the adaption of specific repertoires of protest at different times, this short guide provides some historical context and gestures at recent trends of art activism in Hong Kong. Image: “Umbrella Everywhere” event during the first three days of occupation. Initiated by wen yau and her friends, it invited passers-by to express their feelings about the use of tear gas against peaceful protesters in Hong Kong. Courtesy of wen yau.

The “Occupy” campaign that spread worldwide in recent years developed unique strains in Hong Kong. In 2011–12, Occupy Central (HK) echoed Occupy Wall Street’s (Zuccotti Park) protest against social and economic inequality, with demonstrators in Hong Kong occupying the HSBC headquarters (Hongkong and Shanghai Banking Corporation). Later, in 2014, a campaign first initiated under the banner “Occupy Central with Love and Peace,” erupted into the Occupy/Umbrella Movement—a large-scale, seventy-nine day movement calling for democracy. While the protests were motivated by China’s announcement that it would effectively screen candidates for the city’s top leader even if “universal suffrage” was granted, it was escalated by students’ attempts to reclaim Civic Square, a once-opened but later-fenced-off public space in the Government Offices of Hong Kong. The closing of Civic Square was seen as a symbol of governmental restrictions on the freedom of demonstration. Image: Tsang Tak Ping and his friends meandering through Times Square plaza and reading books, as a response to the public space controversy over the mall. Courtesy of wen yau.

Seizure of public space was a prominent feature of the Occupy movements, which, in the Hong Kong context, was an extension of concerns over the right to the city in the face of neoliberal policies and increased privatisation. In controversies over land developers’ abuse and over-management, artists took an active role in arousing awareness and reclaiming the right to these public spaces, which effectively laid the foundation for the local Occupy movements. For example, in 2008, Times Square, a major shopping centre and office tower complex, tried preventing people from lingering in the public area of its ground floor. When local media exposed how management illegally rented the piazza for commercial use, a number of artists responded by staging performances and performative actions in these spaces originally designated as “public zones.” Banky Yeung, Artistic Director of FM Theatre Power—taking reference from Improv Everywhere’s 2008 “Frozen Grand Central” event in New York, where participants were invited to freeze their gestures in the piazza for five minutes—called for participation in a similar action in Hong Kong, titled “Frozen Times Square Reborn,” on the occasion of his birthday on 20 March 2008. Meanwhile, other artists staged guerrilla performances in the piazza to help reclaim public space. The timeline compiled by Carmi Lam Ka Man from the Hong Kong Visual Arts Yearbook 2008 presents a comprehensive story about the actions taken by artists and cultural activists during the campaign. In addition, Anthony Leung Po Shan helps contextualise the incident in terms of contemporary art and commercialisation in her Asia Art Archive text “Privatising Public Space: Times Square Incidents in Hong Kong.” Image: Engagement of artists Clara Cheung and Gum Cheng (C&G) in traditional wedding outfits during the rally on Handover Day in 2014. Courtesy of C&G.

Concerns over public space in Hong Kong also stem from problems with urbanism and land development. A generation of artists, dubbed “post-80s,” became a new voice of protest in the city, focusing on the importance of cultural heritage and alternative ways of life over neoliberal developmentalism. Weekly performances presented by a group called We Are Society at the foot of the Star Ferry Clock Tower raised public awareness of the issue, while the artist-led, eighteen-month-long Hong Kong On the Move Performance Art Project also staged events under the Star Ferry Clock Tower in 2006, and near the Queen’s Pier in October 2007, when the two colonial-era structures were to be demolished. The campaign for conserving Star Ferry Clock Tower (2006–07), and the efforts to save Choi Yuen Village (2009–10)—which was slated for demolition to make way for the controversial Express Rail Link—also saw performative protests initiated by the young artists against urban development in defense of local culture. A series of highly ritualised “Satyagraha Walks Across Five Districts,” which involved carrying rice and kneeling every twenty-six steps in the winter wind, also attracted mainstream media attention and affectively engaged the public to join the protests; “Let Us Cheer Together” (2009), a short video directed by Cheung Tit Leung, captures the spirit of the protesters during their slow walk. During Lunar New Year 2011, a group of artist-activists organised the “Choi Yuen Woodstock in New Year,” in collaboration with villagers to cheer up communities affected by the rail construction. Artists presented paintings, photography, installations, music, and other performances in the half-demolished village. The book Woodstock in Spring: Art for the Cause for Choi Yuen Village offers a vivid, first-person account by the participating artists on their cultural activism related to the Choi Yuen Village protests and festival, while video art collective v-artivist and Supporting Group of Choi Yuen Village also produced a series of documentaries, Raging Land, and the book 《菜園留覆往來人》 on the topic. The book Hong Kong Culture, especially human geographer Carolyn Cartier’s chapter “Power Plays: Alternative Performance Art and Urban Space in the Political Life of the City,” offers an introduction to various aspects of post-Handover Hong Kong culture, as well as the above performative actions concerning land development and urbanism. Image: We Are Society organised performances on several consecutive Sundays in 2006–07 to show their support of the Queen’s Pier and Central Star Ferry Pier conservation. Courtesy of Lee Chun Fung.

Regarding performative practices in Hong Kong more specifically, reference can be made to my research on Hong Kong Performance Art (1975–2005) at Asia Art Archive, which includes a chronology that lists related events and their different subject matters, including sociopolitical issues, body/gender issues, and more. As observed by the artists and performance art event organisers Mok Chiu Yu, Sanmu Chen, and yuenjie, three major characteristics of performance art in Hong Kong include the diverse backgrounds of performance artists, engagement with community work, and active involvement in social movements. As a key performance art event organiser in Hong Kong, Mok Chiu Yu has been actively involved in social activism and community organising, as well as sociopolitical work since the 1970s. One can also look back on earlier developments of performative practices in Hong Kong art and activism since colonial times via the Archive and Oral History Project on Hong Kong Drama, including an entry by Mok Chiu Yu, as well as the book The Third Path for Hong Kong: Mok Chiu Yu's Anarchy and People's Theater. Image: Kwok Mangho Frog King performs Frog Fun Lum at the Cultural Centre, passing paper to the audience and inviting them to throw the sheets up in the air. Courtesy of wen yau.

Also noteworthy is a series of campaigns advocating cultural activism by the Social Movement Resources Centre, Hong Kong Federation of Students (HKFS), established in 1994 as a platform for connecting tertiary students with social movements. In 2006, the centre organiser declared independence from HKFS and renamed themselves “Autonomous 8a” (自治八樓). A group of Autonomous 8a associates have set up the blog 8 Commons (共治八樓), which documents in-depth discussions about the cultural activism of Autonomous 8a. Credit should be given to their continuous support of local activists and their low-profile effort in experimenting with and using art practices such as performance, film, and video in social movements.

In any discussion of artists’ engagement with activism in Hong Kong, one should not overlook the loosely-organised collective Art Citizens, which voiced artists’ concerns over diminishing freedom of speech in Hong Kong after Mainland Chinese artist Ai Weiwei was detained by the PRC government in 2011. Their highly performative protests are discussed in great detail in my auto-ethnographic essay “Artists Taking to the Streets! 423 Art Citizens March and its Revelations.” Meanwhile, another essay of mine, “An Awakening Lingers at the Periphery: The Paradox of Hong Kong’s Art and Activism,” discusses the “publicness” involved in the above events. Image: Following the detainment of Ai Weiwei in Beijing, Art Citizens organised a march on 23 April 2011 to express their concerns over shrinking freedom of speech and expression. Artists took to the street with banners, paintings, and musical instruments. Courtesy of wen yau.

The recurring claims and forms discussed above have been further investigated in my PhD dissertation, “Performing Identities: Performative Practices in Post-Handover Hong Kong Art & Activism.” Using a broader framework of “performative practices,” my auto-ethnographic account on Occupy/Umbrella Movement investigates how artists are engaged in cultural activism in a co-performative and intersubjective process. A brief timeline of the Umbrella Movement juxtaposing important events and artists’ related actions and projects is also provided for reference.

The notion of performativity has often been deployed in examining the social and discursive construction of identity through embodied (re)enactment (with Judith Butler’s theory of gender performativity a notable example). Focus on the performativity of our own practices allows us to scrutinise and anticipate the development of protest repertoires in artists’ cultural activism—in turn enabling us to reflect more critically upon the “constructedness” of these repertoires. While cultural activism involves tactics of performing resistance and dissidence, it also involves a series of critical acts of transferring knowledge and cultural memories via ephemeral yet resilient embodied actions—even (or perhaps especially) in politically challenging times like these.

wen yau is a cross-media artist/researcher specialising in perfomative and social practices. Propositions for an Archive of Performance Art in India
Ideas | Conversations

Propositions for an Archive of Performance Art in India 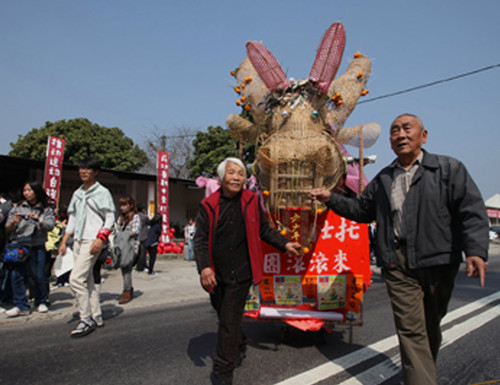 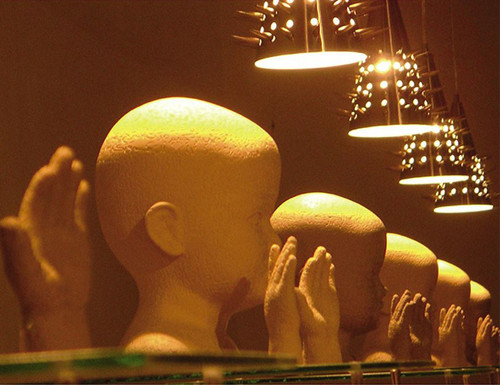 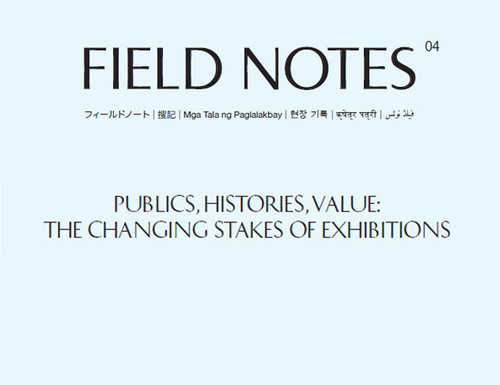 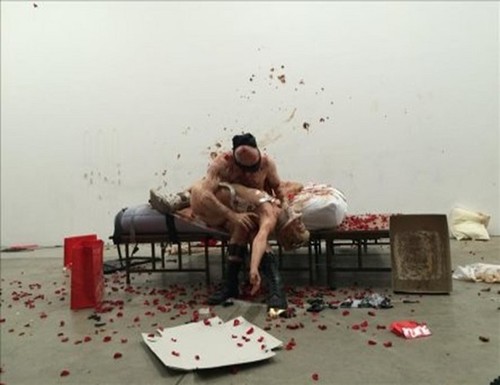 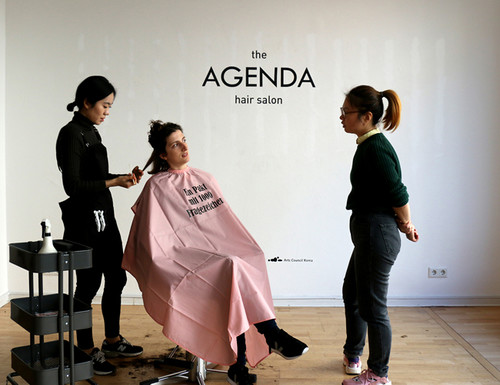 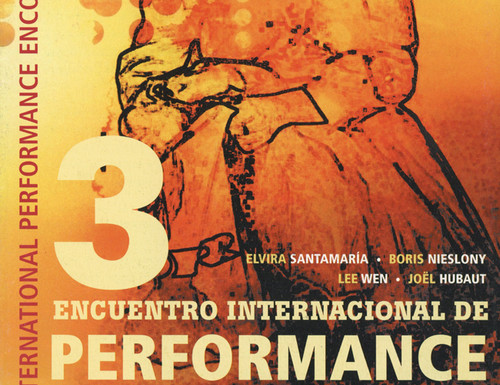 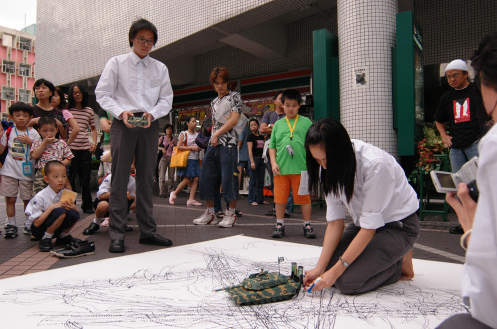 The Archive and the Repertoire: Performing Cultural Memory in the Americas
Reference

The Archive and the Repertoire: Performing Cultural Memory in the Americas Woodstock in Spring: Art for the Cause for Choi Yuen Village
Reference

Woodstock in Spring: Art for the Cause for Choi Yuen Village WATCH: This series of short videos introduces the key moments of performance art history in Hong Kong through highlights of AAA's Collection