AAA will host the Hong Kong launch of AIRPLANES AND PARACHUTES: A JONATHAN NAPACK ANTHOLOGY, the collection of texts on contemporary art by the late journalist and Art Basel Asia Advisor Jonathan Napack (1967-2007).

This anthology includes more than forty texts originally published in venues including The International Herald Tribune, The New York Times Magazine, The Art Newspaper, Art in America, and Flash Art, and in catalogues of exhibitions including "Cities on the Move." The book compiles Napack's pioneering reportage and criticism on contemporary art in Asia - and particularly China - written during the decade from 1997 to 2007 when Napack lived in Hong Kong. Also included are several of Napack's best-known texts from the early years he spent as an art journalist in New York, and a selection of his culinary writings from the Asian Wall Street Journal. With all texts published in both in English and Chinese, the anthology marks the first time that many of Napack's writings on China will be readable by their subjects.

The book's title derives from Napack's Chinese name "jiangluosan," a Mandarin homophone for "Jonathan" that means "parachute." From his base in Hong Kong, Napack was a constant traveler throughout Asia and beyond, frequently "parachuting" into a given art scene for a few days at a time to research a story or see an exhibition.

Published by Art Basel, AIRPLANES AND PARACHUTES is a collaboration among many who knew and worked with Napack. Edited by current Art Basel China advisor Philip Tinari and designed by Ou Ning, it includes a preface by Hou Hanru and photographs by Greg Girard. A special insert of remembrances includes texts and images by Napack's friends Ai Weiwei, Hans-Ulrich Obrist, Mian Mian, and Yang Yong among others.

AIRPLANES AND PARACHUTES is produced by Office for Discourse Engineering, the Beijing-based editorial studio.

Airplanes and Parachutes: A Jonathan Napack Anthology will be sold at this event at HKD100. The proceeds will be donated to the AAA. 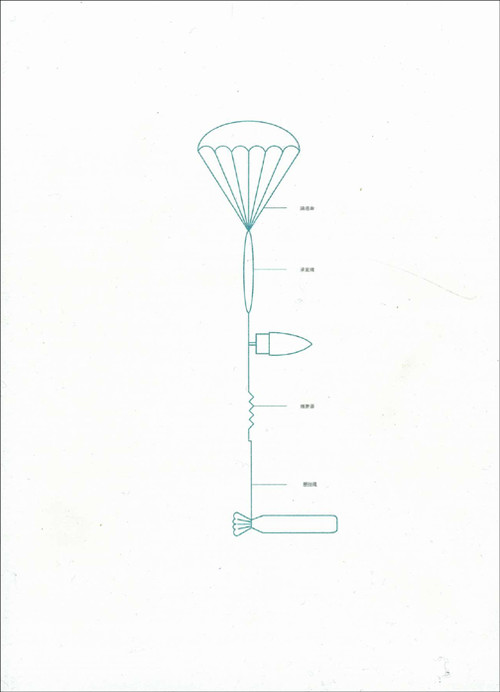