Presentation I by Joseph Thompson

Approaching its 10th anniversary, MASS MoCA is one of the largest and most active centres for new art in the United States, occupying a 28-building, 16-acre former factory site in western Massachusetts. Originally conceived as a depot for permanent installations of large-scale art, before it opened in 1999 to include an ambitious performing arts program, and what has become perhaps the most active art fabrication, commissioning, rehearsal and artist-in-residency workshop in the United States. Thompson will explain his rationale in the context of the practice as a dynamic research and development for new art, rather than a static display hall. He will also present data on the institution’s role in the economic advancement of its home region.

Joseph Thompson has a master’s degree in art history, University of Pennsylvania; and an MBA from Wharton School of Business and a residency at the Smithsonian Institution in Washington, DC, as the James Webb Fellow for excellence in the management of cultural institutions. He helped develop the concept of the Massachusetts Museum of Contemporary Art (MASS MoCA), and has been Director of MASS MoCA since its approval by the Massachusetts legislature in 1988, leading the effort to convert the 13-acre historic mill complex into a center for visual, performing, and media arts, and raising some US$75 million in public and private funds. Thompson has overseen the exhibitions of 200 artists who have exhibited at MASS MoCA (including Cai Guoqiang and Huang Yongping), as well as 700 performing artists. MASS MoCA has become a catalyst for economic revitalisation in western Massachusetts, adding over 600 jobs and US$21 million per year in economic impact. Thompson is also co-founder of the Center for Creative Community Development, a research institute focusing on the socio/economic effects of arts and education, jointly funded by the Ford Foundation and Williams College.

A: 798 Art District
TIME Magazine selected 798 Art District in Beijing as one of the world’s 22 most culturally iconic art milieus; Newsweek ranked Beijing amongst the 12 most international cities – one of the reasons owing to the development of the 798 Art District, reflecting Beijing’s potential to be a world capital; New York Times has compared the art district to SOHO – the contemporary art hub in New York.

B: Jiu Chang Art District (Liquor Factory)
Jiu Chang’s international art garden is located in Wangjing, an area clustered with artist’s studios and art organisations near the China Central Academy of Fine Arts. Located in an old liquor factory complex; the space’s quiet and serene atmosphere seems to be a favourable environment for creativity, academic, and cultural activities. Jiu Chang Art District is becoming the next 798.

C: One Art Base
Slated to be the “silicon valley for art in China”, 1 Art Base intends to be the most extensive hub for art and creative industries currently under government planning. A large number of art museums, galleries, artist studios, and artist apartments are establishing themselves in the area.

These are just some of the examples of the multitude of art districts that are developing and flourishing around Beijing. Some of the commonalities driving these art hubs seem to be the use of a diversity of art forms to complement existing buildings and industries within a specific area; the fact that they are often Government initiatives but operated by the community; the marriage of historical buildings with cultural projects; the involvement of artists in the planning process and the marketing of these are as tourist destinations.

Prior to her position at the Museum of China Central Academy of Fine Arts, Xie was Director of the Taiwan Gallery in Taipei (1992 – 1996), Executive Officer of the Mountain Art Foundation and the Vice Director of Mountain Art Museum (1996 – 2000), and Director and Chief of the exhibition team of MOCA Taipei. She taught at the Institute of Fashion and Communication Design at Shih Chien University and the Taipei National University of the Arts. Xie has curated a number of shows that address the relationship between art and design.

The Saadiyat Island project in Abu Dhabi of creating a ‘cultural district’ has been the object of praise and condemnation, as much as a subject of healthy scepticism and willing embrace. This paper will provide an overview of the vision and inherent structure of its development, then offer comment on some of the challenges of its implementation – in particular, the possibility and grounds for collaboration among players such as governments and boards of governance property developers and marketers, operators and those belonging to the cultural field. The third and final part of the paper will explore some of larger issues concerning the relation of the project to Abu Dhabi, the UAE and Gulf, to the Middle East and to Western Europe and the US. In particular, I am especially interested in how these projects mobilise such notions of civilisation/ the other as oriental/ universalism and modernity/ post-colonial or local/international/global. From this perspective, the Saadiyat project may be seen as the expression of a cultural desire for self-emancipation that is neither imagining an alternative cultural history of modernity or some imaginary space outside that of history of the West.

My paper will conclude by proposing that these projects are symptomatic of a cultural desire that belongs to the long legacy of different national and cultural formations while, equally, exposing the contemporary fractures occurring across the political, social, and cultural domain. Finally, I will propose that these projects belong to and articulate the desire for a modern civil society – how differentiated these may be between those cultures – recognising the challenge of their own cultural legacies and force of change, the contradictions of modernisation and global technologies, the recognition of an emergent social plurality and need for a sustainable future.

Charles Merewether
Curator and Artistic Director of 2006 Biennale of Sydney

Dr. Charles Merewether is an art historian, writer, and curator who has worked in the Middle East, Australia, Europe and the Americas. He was Collection Curator at the Getty Center in Los Angeles from 1994 – 2004. Between 2004 – 2006, he was Artistic Director & Curator of the 2006 Biennale of Sydney and Senior Research Fellow at the Centre for Cross Cultural Research, Australian National University. Until recently, he was Deputy Director, Cultural District for the volume The Archive (MIT Press, 2007) and AI Weiwei: Under Construction. (University of South Wales, 2008).

An one day conference on the current state of art production, which ranges from the exhibition of contemporary art at international biennales, to the trade in all manner of art objects. 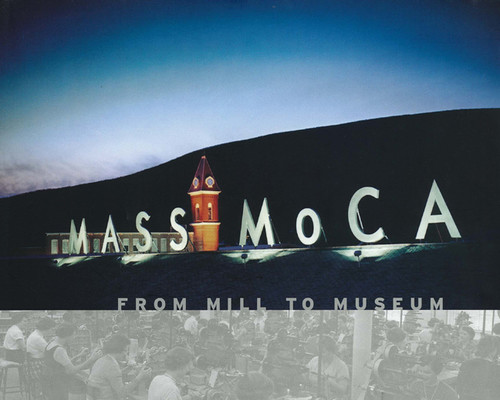